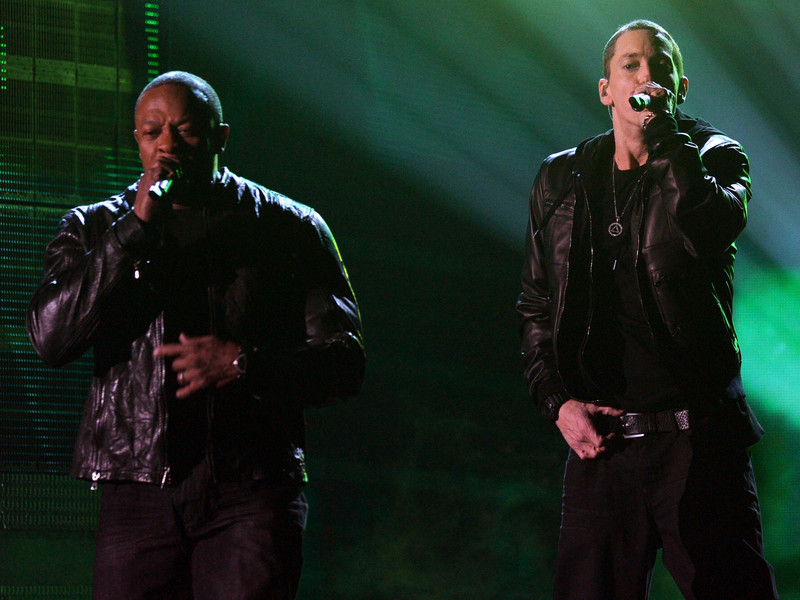 According to The Hollywood Reporter, the two are also crafting some original music for the new battle rap film Bodied. The movie, which is produced by Eminem, made its debut at the Toronto International Film Festival last week and garnered a positive reception.

The version shown at TIFF reportedly didn’t include much original music, so Eminem is making a few songs of his own to add once it’s ready for wider distribution. Marshall Mathers and longtime manager Paul Rosenberg decided to recruit Dre for a couple tracks too, adding to the star power.

Although Bodied was well-received at TIFF, it was not without controversy. The vulgar and racist language used in the film raised some questions for some of its audience, particularly those unfamiliar with battle rap. Director Joseph Kahn defended its use while noting that it wasn’t an endorsement of the words either.

“The battle rap world is an underground message of free speech,” he told THR. “But the film doesn’t automatically take the side of free speech because there’s still the question that we’re asking: ‘Is there a limit to it?’ It’s a legitimate question.”