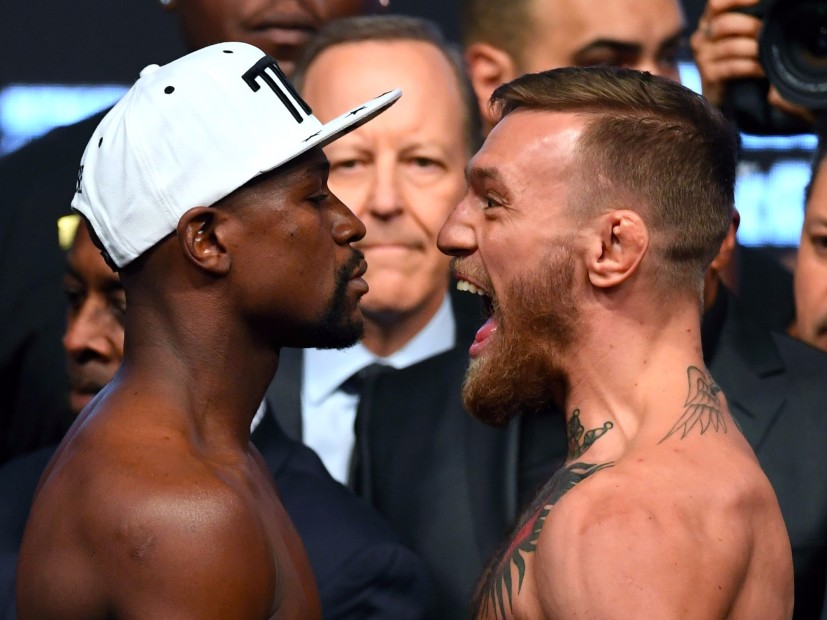 After a brief delay due to unforeseen production issues, the first round eventually kicked off shortly after midnight EST.

McGregor hung in for 10 exhaustive rounds, but Mayweather emerged victorious with a technical K.O. after the referee stepped in to stop the savage beating.

Without God, none of this is possible. THANK YOU

It's a wrap lolololol

Welp. This was way more entertaining and exciting as any match I've seen in a min.

Better than I thought.

that had to happen. for the culture

Fuck ALL y'all SHEEP ASS ?'s that thought a #UFC Irish #pinkerton could whoop CHAMP. CHAMP IS… https://t.co/q419o8xicm

Congrats to Floyd but, Conor was a lot better than I thought he would be in this fight. I was impressed for the first few rounds.

And there it is ……fight done.

It was all about the #mayweathermcgregor fight ?? @ Blackbird Ordinary https://t.co/oA4BMKXUNS