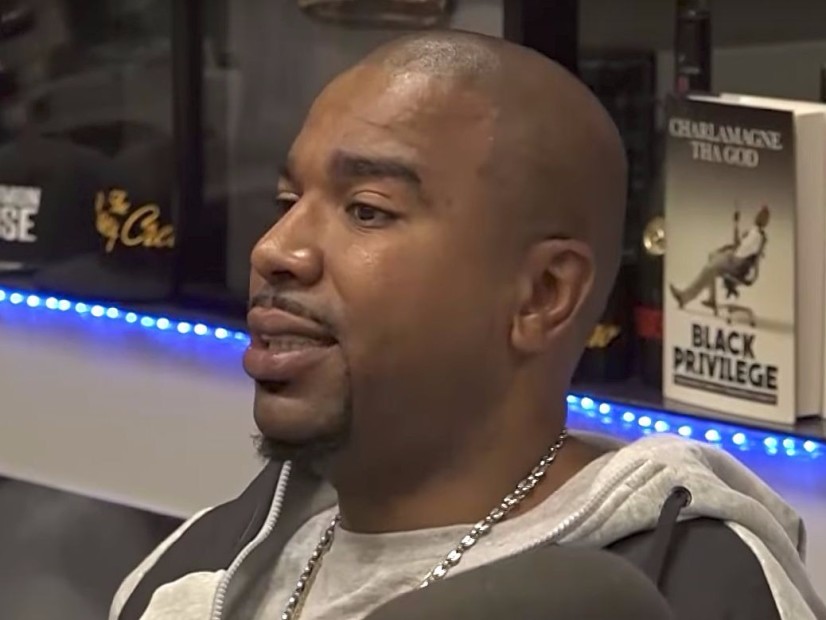 New York, NY – N.O.R.E. and DJ EFN are making the press rounds in support of their REVOLT TV series, Drink Champs, and stopped by The Breakfast Club earlier this week.

During their conversation with Charlamagne Tha God, Angela Yee and DJ Envy, N.O.R.E. said he knows who defaced the Queensbridge mural that was painted in Prodigy’s honor shortly after the Hip Hop legend’s passing.

“I’m not qualified to speak on that,” the Queens native said around the 19:00 mark. “But it came from a big homie that’s in jail that don’t have nothing. I know you always big [up] Prodigy’s book, but Prodigy’s book hurt a lot of people [including some who are] dead, in jail, alive, and [this particular] guy that’s up north. He’s a respectable guy, and everybody respects him. He sent the word, and it’s official.”

The book N.O.R.E. mentioned — My Infamous Life: The Autobiography of Mobb Deep’s Prodigy — served as the late Mobb Deep MC’s memoir and caused some controversy in the Hip Hop community, including allegations that Prodigy was a snitch.

Earlier this month, Prodigy’s mural was splattered with paint on two separate occasions. The first time happened less than 24 hours after its initial completion and the second time occurred within hours of its repair. It was ultimately removed.

Watch the full interview above, and check out HipHopDX’s recent chat with N.O.R.E. and EFN here.