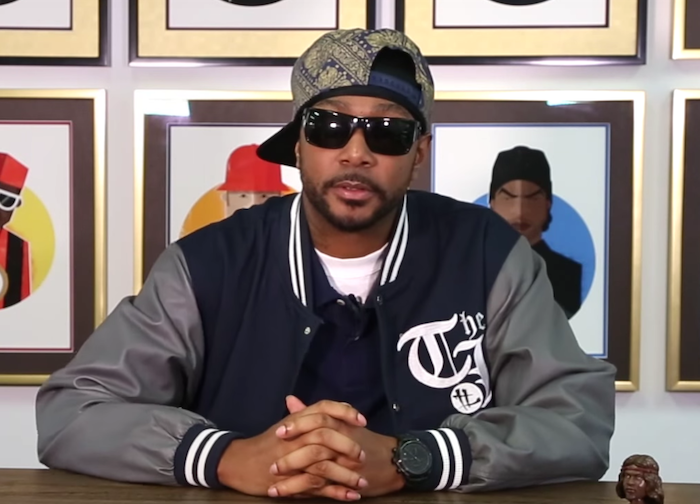 Krayzie Bone’s team offers an update to the rapper’s health after he postponed his Canadian tour after announcing his battle with an autoimmune disease called sarcoidosis. According to Bossip, the Bone thugs-n-harmony rapper hopes to use his platform to help raise awareness about the condition.

“Anthony ‘Krayzie Bone‘ Henderson would like to let his fans know that he is doing okay and please do not worry about him. He and his family are thankful for the prayers & concerns about his sickness. Hopefully this ordeal will raise more awareness and necessary research and funding for Sarcoidosis.

“As for all the children and people who are also dealing with Sarcoidosis just like he is, Krayzie wants you to know you are not alone. Be strong. He loves you all and is looking forward to getting back on the road soon.”

Krayzie Bone has revealed that his recent tour in Canada had to be postponed while battling flu-like symptoms and an intense case of pneumonia.

“Canada thank you for your support sorry I had to cut it short due to sickness but I will be back to make those dates up soon!” Krayzie Bone says via Twitter. “Much love.”

This disorder mainly effects the lungs and lymph nodes and is characterized by abnormal collections of inflammatory cells. This is the same conditioned that led to the death of comedian Bernie Mac.

Krayzie Bone’s doctors advised him to take no chances once he fell ill and ordered him to return to Los Angles for treatment.

The medicine he takes to treat his sarcoidosis is said to have caused the weakening of his immune system, which exacerbated the pneumonia.

He plans to make up the tour dates in April.

Krayzie Bone and Bone thugs-n-harmony recently said they do not plan on releasing an album that would cost $1 million as initially reported.

“We kinda backed off of that because our fans is real sensitive,” Krayzie Bone said in the article. “And our fans flipped the hell out. They was like ‘What you mean you gon’ charge us a million dollars for your album?’ I’m like ‘Y’all don’t even understand what we saying right now.’ So, we just—We kinda backed up off of it. It’s still an option on the table, but we looking at other options as well…Still thinking about how to make it work in a much more effective way…We basically telling them ‘Okay, you own it for whatever you paid it for. And you can go and sell the album for whatever you want to sell it for to make your money.”

Canada thank you for your support sorry I had to cut it short due to sickness but I will be back to make those dates up soon! Much love