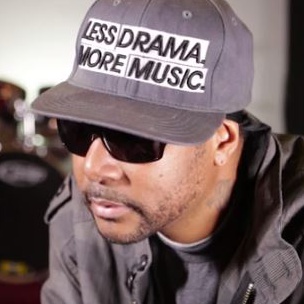 Krayzie Bone offers an update on the status of Bone thugs-n-harmony’s $1 million album.

According to Krayzie Bone, the idea for a $1 million album from Bone thugs-n-harmony has been shelved for the time being. While speaking with Vlad TV, the Bone thugs lyricist revealed that the announcement of such an album caused a minor uproar among fans, who “flipped the hell out” because of the hefty price tag.

Krayzie Bone did explain that the idea isn’t fully off the table, and added that they are currently looking at other options.

“We kinda backed off of that because our fans is real sensitive,” Krayzie Bone said. “And our fans flipped the hell out. They was like ‘What you mean you gon’ charge us a million dollars for your album?’ I’m like ‘Y’all don’t even understand what we saying right now.’ So, we just—We kinda backed up off of it. It’s still an option on the table, but we looking at other options as well…Still thinking about how to make it work in a much more effective way…We basically telling them ‘Okay, you own it for whatever you paid it for. And you can go and sell the album for whatever you want to sell it for to make your money.”

In 2014, Krayzie Bone spoke exclusively with HipHopDX about the prospective album, which he says was inspired by Wu-Tang Clan.

“When I heard about what [Wu-Tang Clan] was doing—and I think it was you who told me about it—I just thought it was a brilliant and genius idea,” Krayzie Bone said while speaking with HipHopDX. “I thought to myself, ‘It’s not that many groups that can do something like this and have major results from it—Wu-Tang being one and us another.’ I took it back to my dudes and they thought it was a [great] idea.”

During his interview with Vlad TV, Krayzie Bone revealed that with the exception of Wish Bone, every member of Bone thugs-n-harmony has taken a temporary break from the group.

“Everybody always knew that it’s a revolving door,” he said. “Whenever you get off of whatever you’re on, come on back home. Bottom line. And that’s just how it always been…That why’s we still here. And everybody still in contact with each other. Bizzy, him and his wife coming over to my house for dinner tonight. So, we still in contact, for real. Definitely family…We bonded ourselves together at the beginning. And that’s just how it’s gon’ play out, for real.”

Video of Krayzie Bone speaking on the status of Bone thugs-n-harmony’s $1 million album, can be found below.