How Jevon Doe Bounced Back From A Near-Death Experience For "My Life Changed Pt. 1" 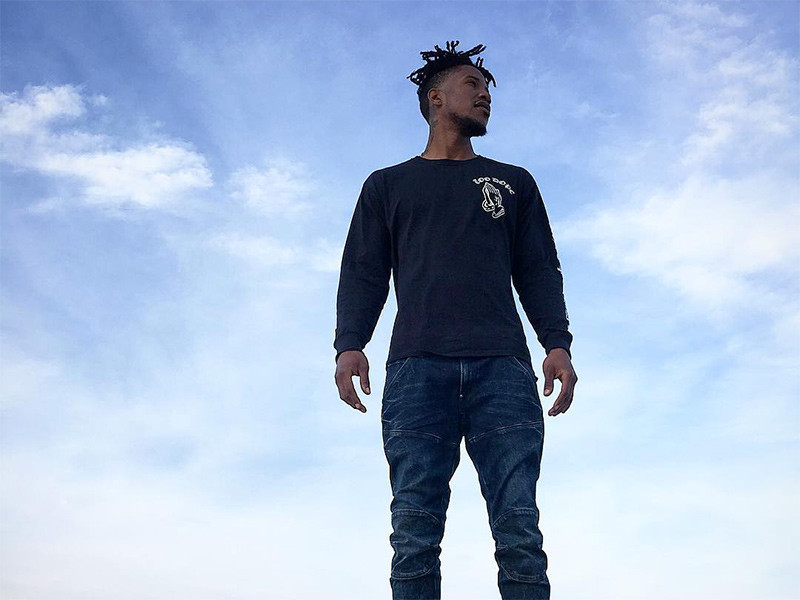 West Hollywood, CA – After years of independent grind that even left him homeless for a stint, Houston rapper Jevon Doe has been making a name for himself in the realm of Hip Hop, signing with Atlantic Records just last year. To fully pursue his dreams of becoming the best artist he can be, Jevon recently traded H-Town for the City of Angels. Now, he shares a side of his story that’s never been heard before.

On Thursday (August 17), HipHopDX partnered with Popular Demand and 1800 Tequila to host the official listening party for his new EP, My Life Changed Pt. 1. With friends, family, media, and fans all out to support, WCSP in West Hollywood, CA soon reached capacity. Greeted with an open bar and free chicken at the door, the evening quickly turned into a celebration.

locked in with #jevondoe at his "my life changed, pt. 1" EP listening party ??

During the live Q&A, Jevon Doe summarized his sound, eventually boiling it down to four words.

“It’s got that South in it,” he says. “It’s got that H-town in it. You could feel where I’m from. You could see what I’m reppin’. But it’s also global. I feel like it’s very global. I feel like my voice attracts, so I feel like what I’m speaking about also attracts. I think there’s a lot of people in the world that just want to hear somebody just speak some real shit, but sound cool doing it. But really be cool. So I think that’s really what my sound generates: H-Town, South, global, cool.”

Jevon also credits a fellow H-town legend as one of the two artists who ignited his desire to rap.

“The first artist I really started liking was Z-Ro. He’s from Houston. From there, it was Lil Wayne. Them two right there really sparked me into wanting to rap. And then on top of that, it was Drake, Childish Gambino, Big Sean, those type of artists that really kept me trying to get it.”

In 2016, Doe unleashed his debut project Story Of My Life, with features from Bun B, Ty Dolla $ign and Buddy.

He explains, “The first one was Story Of My Life, and this one’s My Life Changed. So pretty much I told people how I got to the point of being signed and being here. And then My Life Changed: being out in L.A., being in Hollywood, being around celebrities, working every damn night, being tired as fuck, but still trying to get it. So all of that happened.”

Fitting to the name, while Story Of My Life told the tale of Doe’s life struggles, his biggest obstacle yet was still to come.

“Also, it branched off a situation that happened with my ex-girlfriend. The whole situation where she came in and did what she did, that gave me that motivation to really want to tell people, ‘I’m really in this shit. I’m out here trying to get it, and I got people trying to hold me down.’”

The second record on the EP, “Angels Protecting Me,” recounts the evening his ex-girlfriend showed up at his doorstep with her brother and three other guys. Beyond a home invasion, Jevon was beat up and held at gunpoint. It left him with two broken hands.

With the reality of what was happening in that moment, Jevon reveals the only two things crossing his mind: “What the fuck was going on and I hope I don’t die.”

While the official music video sees Jevon retelling the evening in detail, DX asked how it had impacted him mentally.

@jevondoe speaks on bouncing back from a near-death experience ?? "my life changed, pt. 1" EP out now!

“Yeah, they offered me therapy. The city and all that,“ he said. “But I never went to it. I just didn’t have time. I was in the studio. I had to keep pushing, to be honest. I had to get my stuff — get it back. To this day, I mean, yeah. It does affect me. There’s different things that come from it. But I’m still alive. That’s the best thing about it. Because I could have been gone.”

Turning a negative into a positive, it was clear Doe wasn’t worried about Pt. 2 anytime soon.