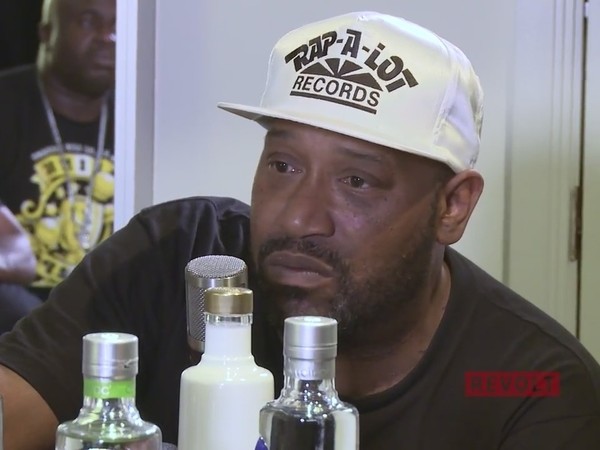 Hip Hop is filled with mythical stories of historic collaborations that didn’t come to fruition. Souls Of Mischief and The Pharcyde, collectively known as Almyghty Myghty Pythons, never finished their collaborative LP. Dr. Dre and Ice Cube’s reunion album, Helter Skelter, was scrapped. Now, the combination of UGK and Three 6 Mafia can be added to the list.

In a preview clip from an upcoming episode of REVOLT TV’s Drink Champs, Bun B revealed the Southern Hip Hop greats were planning to form a supergroup.

“[Three 6 Mafia’s] ‘Sippin’ on [Some] Sizzurp’ was actually the first song from a group that UGK and Three Six Mafia was doing together,” Bun told hosts N.O.R.E. and DJ EFN. “We were going to be The Underground Mafia.”

The popular single ended up appearing on Three 6 Mafia’s 2000 album When the Smoke Clears: Sixty 6, Sixty 1. As Bun tells it, their second recording was “Like a Pimp” from UGK’s 2001 album Dirty Money.

“I don’t know if too many people know that,” Bun B continued. “A couple of people might know that. ‘Like a Pimp’ [was another]. ‘Sippin’ on Some Sizzurp’ was the record for their album and the song ‘Like a Pimp’ was the song for our album. We did ’em Super Bowl weekend in Atlanta.”

When asked why the supergroup never made a project, Bun explained that Pimp C’s incarceration in 2002 prevented it from happening.

“We never got that far into it because Pimp got locked up,” Bun said. “So, we never even got to finish the project. And then coming back home … Most people don’t know that the original version of ‘[Int’l] Player’s Anthem’ was us and Three 6 Mafia. So that’s like the return actually of us getting back to Underground Mafia music but that version wouldn’t clear.”

Sadly, UGK and Three 6 Mafia were never able to restart their Underground Mafia plans before Pimp C passed away in December 2007. Listen to their existing collaborations below.