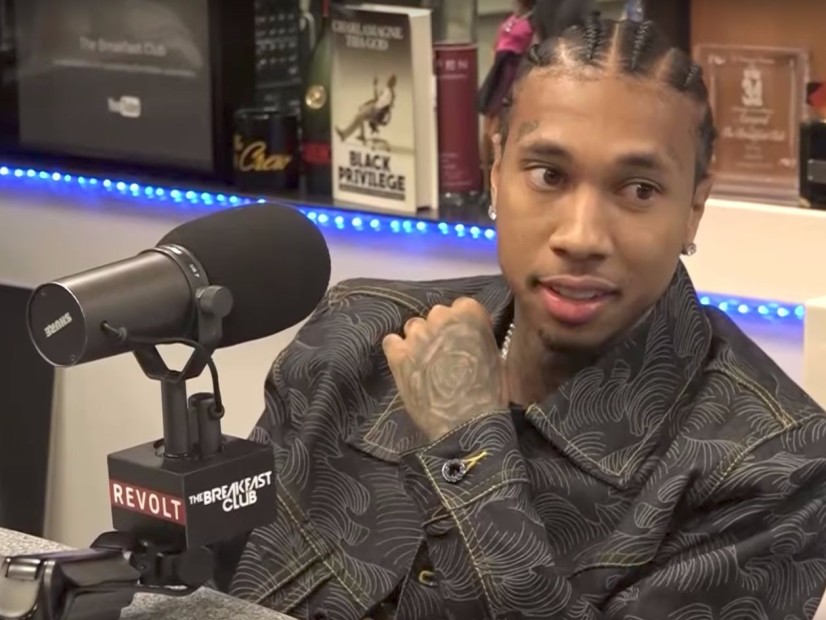 New York, NY – Tyga stopped by The Breakfast Club on Thursday morning (July 20) and quickly got into a conversation about his relationship with Kylie Jenner and their subsequent breakup. Eventually, he was asked about the ongoing drama between Jenner’s brother Rob Kardashian, and Tyga’s ex-girlfriend and mother to his son, Blac Chyna. The “Rack City” rapper was adamant he warned Kardashian about what he was getting into.

He also claimed Kardashian was not the type of man who could manage a relationship with the former stripper turned reality star.

“She’s Chyna,” he said. “She just got a different mentality. She really is a good person at heart, but she been through a lot in her life and she really didn’t have people to help guide her and stuff like in her life.

“I just knew a nigga like him ain’t going to be able to handle somebody like her,” he added. “He coming from a whole different world. He don’t know how she move or how she think.”

Earlier this month, Kardashian put Chyna on blast in several social media posts and accused her of cheating. He also posted a handful of elicit photos of the mother of his only child, Dream. Chyna has since hit him with a temporary restraining order.

Watch the full interview with Tyga above.