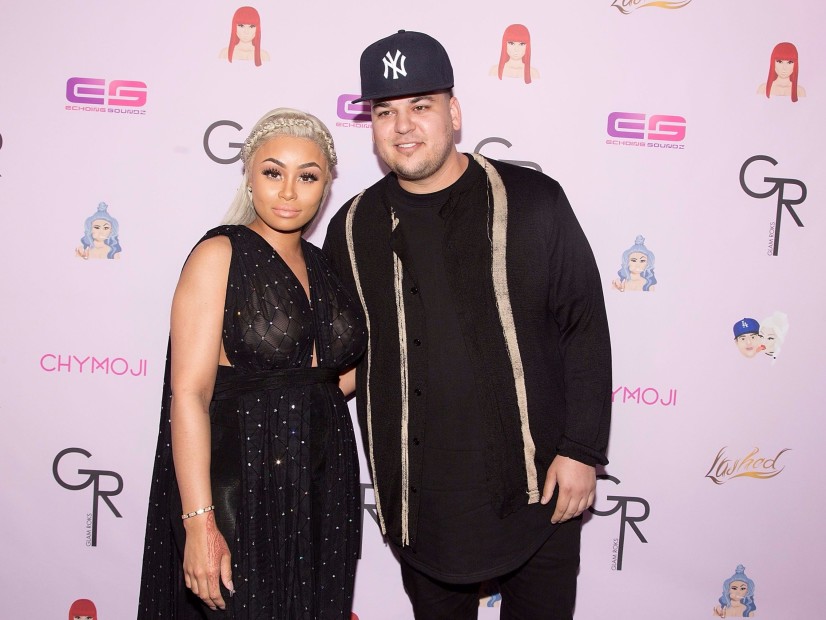 Rob Kardashian went on another savage Instagram rant aimed at the mother of his child Blac Chyna on Wednesday (July 5), bringing their volatile relationship into the public eye (again). Chyna, who just three days ago claimed she was “single and happy” in an Instagram post, was accused of illicit drug use and cheating by her former fiancé alongside several NSFW photos she privately sent to him. Despite the fact the two are currently broken up, Kardashian seemed the most upset about Chyna allegedly sleeping with multiple men.

It's a cold world out here … damn bruh

“Why bring ya business to IG tho?,” Tip wrote. “Look, You got worked bro…but at least keep it to yourself, you letting the world know you a duck. I mean a BIG DUCK, a mighty duck, Ronald McDonald the Duck, Scrooge McDuck, Howard the Duck, Huey Dewy & Lewie… save the #DuckTales Just hold this L, kiss ya kid and cut ya losses & move on…u got no moves bro.”

Prior to T.I.’s post, the initial posts Kardashian made were stacked with accusations, threats and revelations. He also gave Chyna a harsh ultimatum over substance abuse, but admits he bankrolls her habit. “U will never see Dream again unless u stop the alcohol and drugs and cocaine and X and E. lol,” he wrote.

Bruh .. we feeling bad for #robkardashian or should every simp learn their lesson in this fashion??

As the rant continued, which included screenshots of long form posts, images and text messages from the man she’s allegedly sleeping with, and the extremely explicit, NSFW photos (which have since been deleted), he just got more defiant. In addition to exposing her breasts and butt, he also shared a photo of her vagina, which was coupled with a caption that read: “This is from Chyna yesterday to me. I never been so disrespected in my life. I just bought her 250K of jewelry yesterday. This woman is so disrespectful and I don’t care.”

The man, who Kardashian posted a photo of twice, is 24-year-old rapper and brand ambassador Rarri True, who happens to be a father as well. Kardashian shared a text message interaction with True in which True was asking Kardashian for financial help.

“This is the dude Chyna got caught cheating on me with for a minute now,” Kardashian captioned the photo. “And look he texted me asking for help and said he needed money cuz he can’t afford to pay Chyna’s bills so that’s why I pay her bills. More receipts are coming. Just yesterday Chyna sent me her pussy and everything and said she gonna come fuck me …. wait for it.”

He also alleges that Chyna slept with another 24-year-old rapper and singer, Mechiesocrazy of the group 4EY The Future, who made some noise a few years ago with their viral song “Scoot Ova,” while suggesting there’s a third man involved as well.

“Ok so we have an update haha ! Chyna fucked me and this dude in her bed and then there is a third guy within 3 days all of each other so thanks @shaderoom for clarifying haha hold on im about to post,” he captioned a photo of True.

Throughout the timeline of the relationship with Chyna, which includes their E! Entertainment television show Rob & Chyna, it’s clear Kardashian has a tendency to hit below the belt. While he notes “he never wants his daughter to be raised by a woman like Chyna,” he simultaneously asserts he’s a “savage” and doesn’t “give a fuck.”

Even if just for Dream’s sake, hopefully this duo finds some peace — and fast. Check out more of Kardashian’s posts below.

Damn man .. we warned him

Bruh .. we feeling bad for #robkardashian or should every simp learn their lesson in this fashion??