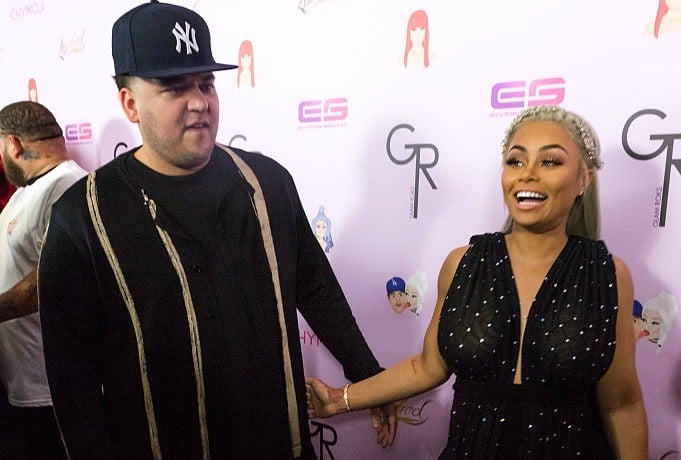 Los Angeles, CA – The Game indefinitely opened up a can of worms to spill over into the suburban streets of Cali when he declared an all-out war on Meek Mill over this past couple of weeks.

Not only is Nicki Minaj spending yet another summer watching her boyfriend entertain a heavily sensationalized beef, the clamor in the Calabasas neighborhood is also a little testy, following the Compton crusader’s big reveal on The Wendy Williams Show that he had piped three Kardashians: Kim, Khloe and the (soon-to-be) Mrs. Rob Kardashian, Blac Chyna.

TMZ’s sources have reportedly relayed to them that there wasn’t much closet skeleton pillow talk between Rob and Chyna and he found out with the rest of the world when the “92 Bars” diss track was released and the aforementioned Wendy Williams appearance.

The terminology used was “weirded out” when Rob found about Chyna through the record, which sported savory lyrics such as “Blac Chyna head the bomb, Al-Qaeda.” Kaboom.

However, seeing that the incident happened long before their pending engagement and birth of their daughter, they both reportedly agreed to sweep it up under the rug. Although Game cleared the earlier released eyebrow-raising song “The Sauce” with Kanye West, which was the first wind that brought up the Kardashian smash trifecta, he allegedly failed to let Chyna in on his devious plan to set the Internet ablaze with such bedroom confessions.

“Chyna Ain’t Married Yet”: Game kicked over the teapot while out in NYC on The Wendy Williams Show.

As for the feud with Meek Mill, things appear to have come to a standstill — for now. On Thursday, September 22, HipHopDX spoke with Russell Simmons, who had successfully facilitated a no-beef-on-social agreement between the two rap stars until Game’s manager, Wack 100 wiped his ass with all peace talks.

Click here to revisit “92 Bars” with your newfound perspective.