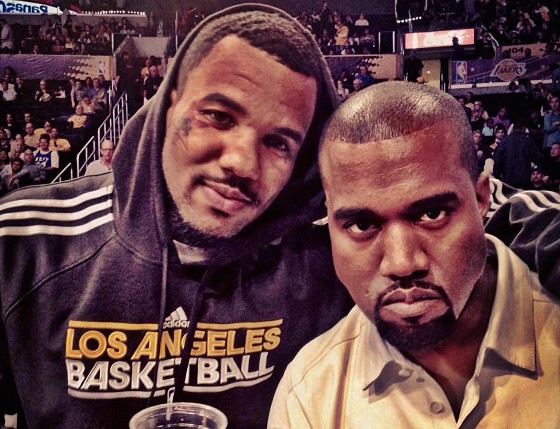 Obviously not every piece of braggadocio dropped in rap lyrics is true, but The Game made some headlines this week with his claims of having bedded “three Kardashians” in a line from his recent “Sauce” single.

“I used to fuck bitches that Usher Raymond passed off / Then I fucked three Kardashians, hold that thought,” he boasted on the DJ Khaled-assisted track.

TMZ did some fact-checking with their Kardashian sources, who denied the hat trick, though they did acknowledge that The Game and Kim K. dated briefly many years ago.

The publication also reports that the “Hate It Or Love It” rapper contacted Kim’s husband Kanye West to run the lyric by him. No word on whether either of them taped the call, like with the now-notorious interaction between Kanye and Taylor Swift over the famous “Famous” lyric.

Game and Kanye teamed up for 2007’s “Wouldn’t Get Far” off the Compton MC’s Doctor’s Advocate album. He also offered to invest $10 million in Kanye‘s ideas (as long as Yeezy went skydiving with him) earlier this year.

Kanye and Kourtney Kardashian were also among the many celebrities who sent birthday wishes to Game’s son Harlem in July.