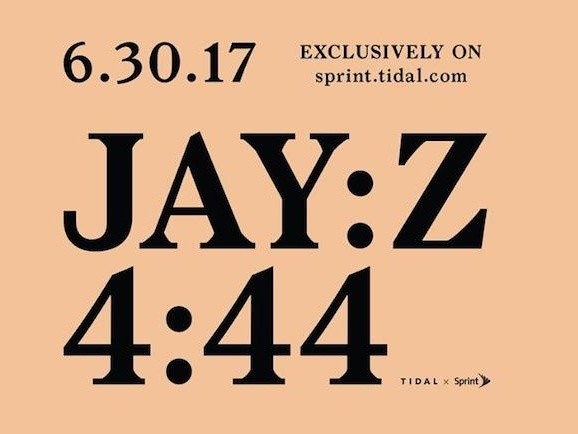 The mystery is no more. 4:44 is in fact the title of Jay Z’s next studio album.

In the time since the mysterious 4:44 ads started popping up both online and offline, social media sleuths were hard at work attempting to uncover the meaning behind the numbers.

Sprint also shared a clip that gave us the first taste of the lyrics on the album from a song called “Adnis.”

“Letter to my dad that I never wrote/ Speeches I prepared that I never spoke/ Words on a paper that I never read/ Proses never penned they stayed in my head,” Jay utters over the beat.

The release of 4:44 will serve as one aspect of a partnership between TIDAL and Sprint, with Sprint customers being granted exclusive access to the album.

“Today is an exciting day to be a Sprint customer,” Sprint president and CEO, Marcelo Claure said in a statement. “JAY-Z is a global icon and we’re giving customers an incredible opportunity to be among the first to experience his new album 4:44. Our loyal, existing customers, and customers who switch to Sprint, can experience the album exclusively, plus access a complimentary six-month trial of TIDAL HiFi, giving them access to content they can’t get anywhere else.”

Following the release of a trailer featuring Mahershala Ali and Danny Glover, which aired during the NBA Finals last week, many quickly assumed that 4:44 was the title of an upcoming film from Hov and company.

4:44 will serve as a followup to Magna Carta Holy Grail, which dropped nearly four years ago.

In addition to dropping 4:44 at the end of this month, Jay Z and wife Beyoncé also welcomed a set of twins.