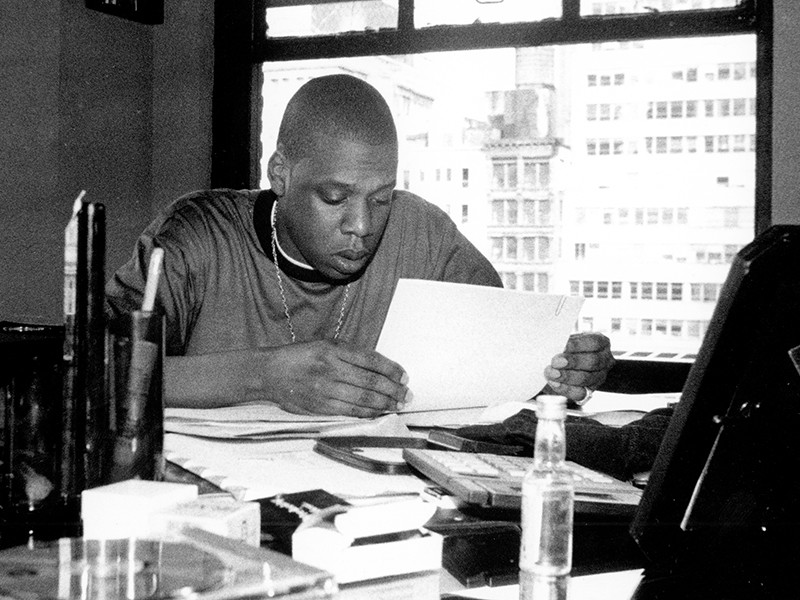 Breaking Down The Many Influences Of Jay Z

In the midst of being inducted into the Songwriters Hall of Fame this week, Jay Z took to Twitter for an 11-tweet salute to his many musical influences. Strikingly familiar to the homage he made on his 2009 song “A Star Is Born” featuring J. Cole, his shoutouts ranged from golden era rap-gods to the leaders of the new school, giving insight into not only what he’s listening to currently, but some of the artists that have helped to mold his sound.

Much like when we first got a glimpse of the books that Tupac read throughout his formative years, this detailed list of influences is telling, especially as you traverse Jay’s discography and explore the many different sounds he manifested.

A 20-plus year career with the level of success that Jay has attained could only have been achieved by staying abreast of the shifting direction of the game and moving accordingly. Whether this means riding the wave or helping to make it, it positions Jay as a tastemaker and a kind of creative sponge, not unlike LL Cool J, or, for a more contemporary example, Drake.

Big Daddy Kane and Jaz-O’s influence can be heard throughout his earliest recordings, as he became known for his machine gun-esque multi-syllabic flows. Artists like Ghostface Killah and Raekwon — specifically the mafioso vibe of Only Built 4 Cuban Linx… — can be seen as having an influence on his life-changing debut, Reasonable Doubt. Kool G Rap was just as, if not more, responsible for the mafioso influence.

The more slickly produced “jiggy” sound that Puff Daddy ushered in with his No Way Out project in 1997 can be heard throughout his sophomore effort, In My Lifetime, Vol.1, which dropped later that same year. The Notorious B.I.G.’s lyrical influence can be heard too. The specific sound failed to break Jay into the mainstream and he was chronically frustrated while opening up for Puff on his No Way Out Tour, leading him to drop out shortly after a disastrous NYC date fraught with technical difficulties.

While on tour, though, he heard Mark The 45 King spin a break that would eventually become his biggest single (to that point of his career), “Hard Knock Life.” That following summer, Vol. 2… Hard Knock Life was released. It was arguably more street, with a different production vibe that seemed to played well to guests like DMX and The LOX. Both of those acts had projects that preceded Vol. 2, which likely helped feed the project’s edge, if only subconsciously.

In Vol. 3… Life and Times of S. Carter we began to see the southern influence in the form of the sound being popularized by Cash Money Records. For key examples of this period check “Snoopy Track” featuring Juvenile and “Big Pimpin” featuring UGK.

By the time Dynasty arrived in 2000, he’d begun to show a newfound pocket thanks to The Neptunes and his circle of artists that included Young Chris (from whom Jay soaked up lyrical/cadence influence), Beanie Sigel and State Property. His later work with Kanye and Just Blaze, on arguably his best project, The Blueprint, took on a fresh soulful vibe that carried over into his (fake) retirement album, 2003’s The Black Album.

This trend continues up until today, but what can be conclusively stated is that Jay Z has always developed and subbed his circle of collaborators, which has made each project an evolving piece of artistry, rather than stagnant repeats of his debut.

He tends to face criticism about his more contemporary rhymes being largely centered on his wealth and success. Much like Kingdom Come was (in many ways) a subtle acceptance and celebration of his mid-30s, his current circumstances find him and his circle eating at a level of “well-off” of which most listeners can only dream. For that reason much of his recent material feels like victory laps.

Jay Z has had many influences over the years, and if you’re looking for clues on what a new album may sound like — assuming 4:44 is indeed an album — you need only to examine who he’s hanging out with, and who he is feeling right now. High praise for Playboi Carti’s “Magnolia” could be a telling sign, as could his nod to Chance The Rapper. Or, hey, why not a feature from Obama?

And the greatest rapper of all time OBAMA . Thank you 44 https://t.co/CueS0BynCj

Check out Jay’s full Twitter tribute here, or read DX’s What Will Jay Z’s Next Album Sound Like article for more.