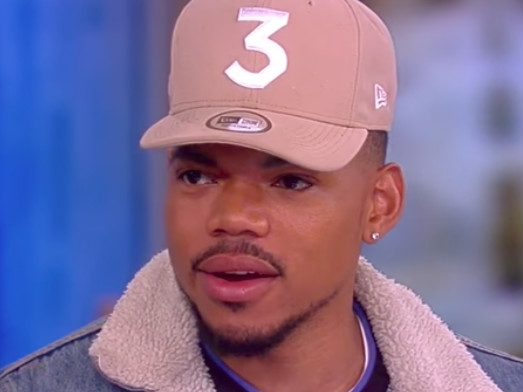 New York, NY – Chance The Rapper is not one to shy away from the topic of racism. The Grammy Award winner appeared on ABC’s The View and was asked about the recent incident in which someone spray-painted a racial slur on the home of NBA star LeBron James. Lil Chano gave a thoughtful answer that addressed the realities for African Americans, including those who’ve attained a high status in their careers.

“It’s kind of a common pattern in America’s history,” Chance said. “When people that look like me get to a certain point of success … I mean LeBron James is, to me, the greatest of all-time basketball player, and people want to remind you of how they view you as a second class citizen. There’s not much you can do other than keep thriving.”

Chance’s statement echoed the sentiments of James, who was even more direct with his assessment of the situation. Before leading his Cleveland Cavaliers into the 2017 NBA Finals, the All-Star was forced to address the treatment of the black community due to the disgusting act of vandalism.

“Just shows that racism will always be a part of the world, part of America,” James said at the NBA Finals media day on Wednesday (May 31). “Hate in America, especially for African Americans, is living every day. It is hidden most days. It is alive every single day. I think back to Emmett Till’s mom and the reason she had an open casket, she wanted to show the world what her son went through in terms of a hate crime in America. No matter how much money you have, how famous you are, how much people admire you, being black in America is tough.”

Chance’s stop by The View also addressed his thoughts on President Donald Trump’s stance on Chicago and his motivation for donating money to Chicago Public Schools. The politically active artist also rejected the notion of running for public office, stating that such a position would limit his ability to help others.

Watch the second part of Chance’s appearance on The View below.