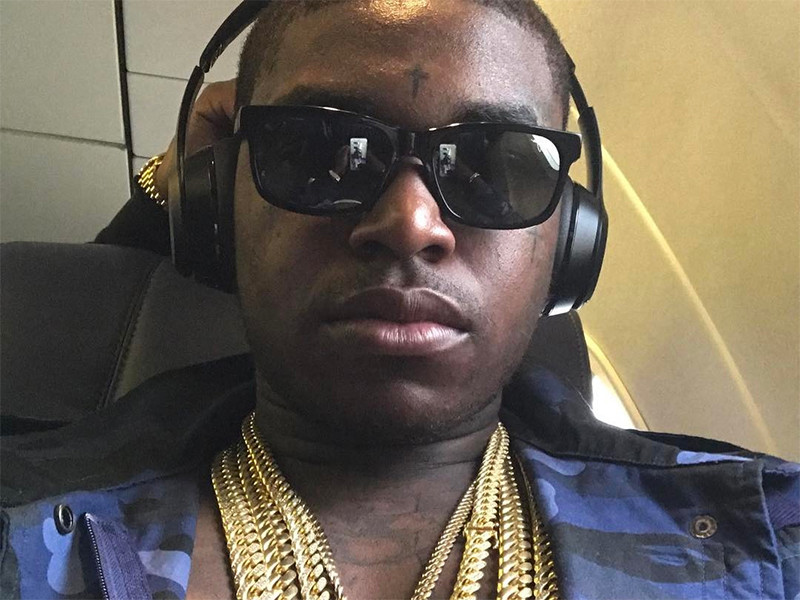 Kodak Black Unable To Handle "Everything Being Thrown At Him": Probation Officer

Kodak Black returned to an all too familiar site for him this week: the courtroom.

The Sun Sentinel reports that the Pompano Beach rhymer appeared in court on Wednesday (April 19) for a hearing held to determine whether or not he violated the terms of his house arrest.

In addition to proving that he violated his house arrest, prosecutors are also seeking to show that Kodak assaulted a bartender during an unauthorized trip to a Florida strip club.

The bartender, who took the stand during the rapper’s hearing inside a Fort Lauderdale courtroom, says Kodak swung at her and kicked her in the shoulder when she asked him to get down from a bar he was standing on top of.

On the contrary, a Florida Department of Corrections officer referred to the musician as “very polite” and “honest” when she took the stand. The officer, Sandra Friedman, did reveal that Kodak had failed the conditions of his house arrest, but is too young to appropriately “handle everything being thrown at him.”

“At 19, I don’t think he has a mentality yet to be able to handle everything being thrown at him at once,” Friedman said in court, according to the Sun Sentinel. “I think he needs some people who are looking out for his interests. He needs to deal with his problems and he definitely needs anger management … I think he needs to go into counseling immediately. I think he’s aware of what’s going to happen if he doesn’t.”

Prosecutors are seeking eight years in prison for Kodak if they’re able to prove that the assault on the bartender took place. And if they can only prove that he violated the terms of his house arrest, they’re asking for six years in prison.

Kodak will appear in court again on Friday (April 21) to continue with his hearing.

The Florida rhymer was given house arrest in August of last year as part of a plea deal, which was handed out after he was struck with a bounty of legal charges, including possession of a firearm by a delinquent.

Kodak was said to have violated the terms of his house arrest with visits to a handful of places, including a Miami strip club and a boxing match in Ohio. His lawyers have argued that his visits were work related.

Kodak is also out on bail over allegations that he sexually assaulted a fan in a hotel room in South Carolina. If found guilty in that case, he faces a maximum sentence of 30 years.