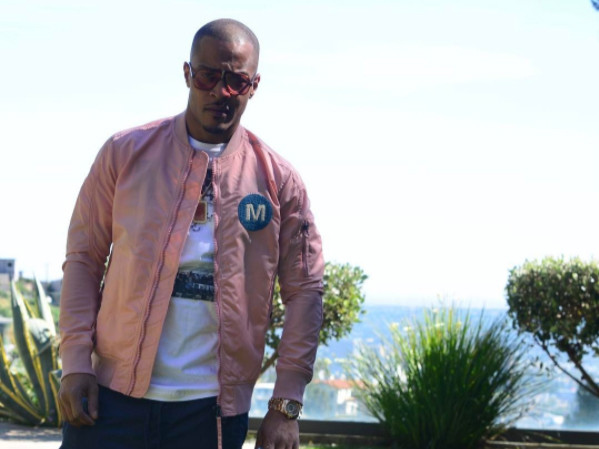 T.I. Believes Tupac Shakur Could Have Been Politician Had He Not Been Murdered

Atlanta rap titan Clifford “T.I.” Harris has branched out into a more politically charged mind state as of late — he dropped the Us Or Else EP in September 2016, broached the subject of police brutality in the striking video for “Black Man” with Quavo, Meek Mill and RaRa, and even participated in an New York City protest on November 9 after Trump was officially elected.

Although he’s not aiming to get into politics any time soon, he does believe Tupac Shakur would have been the perfect candidate. After Mr. Harris honored the slain legendary rapper at the Rock and Roll Hall Of Fame ceremony, where Shakur was being inducted, he spoke to Billboard about the endless possibilities had Shakur not been murdered in 1996.

“Anything could have happened with ‘Pac, man,” Tip said. “Just his diverse intellect, and the way he thought outside the box could have led him anywhere in life. He may have gotten into politics by now. Who knows?”

Despite his intention to stay out of public office, the Grand Hustle boss did offer plenty of poignant advice for those wanting to get involved in making a difference in the world, which he believes starts at home.

“Get involved with local elections,” he said. “Find out who your local politicians are and hold them accountable to create substance within the community.

While T.I. continues pushing his new Hustle Gang artist, RaRa, working on his VH1 show, T.I. & Tiny: The Family Hustle, and preparing to drop more music of his own, there’s a sense he won’t stop being vocal about his stance on politics any time soon. Catch the Rock and Roll Hall of Fame induction ceremony April 29 on HBO.