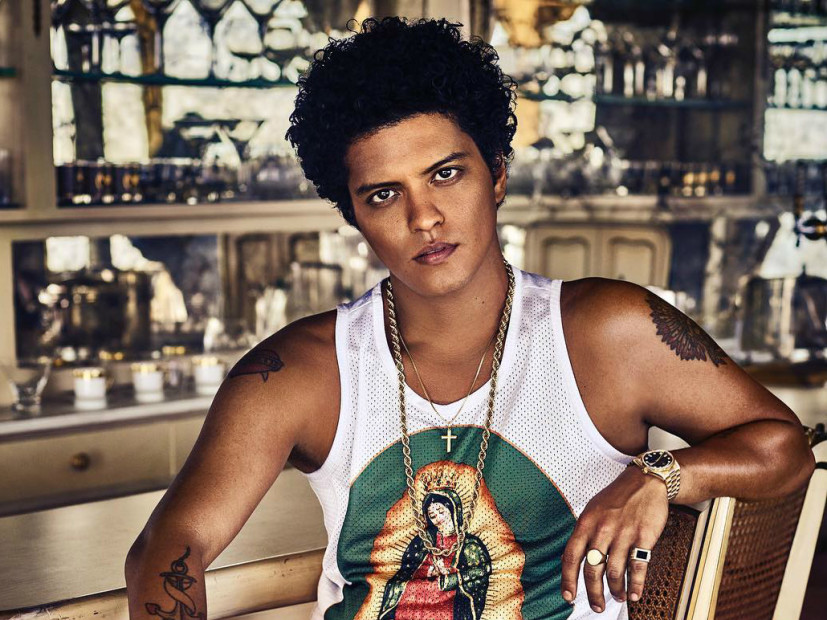 Bruno Mars is carrying momentum from 2016 well into this year with his single “That’s What I Like” landing back at the #1 spot for the second week in a row for the Digital Genre R&B/Hip-Hop sales chart ending March 30, 2017.

TDE’s Kendrick Lamar made an epic statement with the hyped release of his loosie “The Heart Part 4,” which debuted at # 2, while The Weeknd continues to hold strong at third.

Bruno Mars Lands Back At #1

The enduring star power of Bruno Mars has morphed into a series of top-charting wins for the Hawaiian crooner. The pop-friendly “That’s What I Like” single sits at #1 for the second week in a row on the Single Sales chart. The song has been selling robustly for the past 19 weeks, with nearly 650,00 scanned in total.

The funky title track from Mars’ 24K Magic is just outside the top five sitting at #6 and also has been on the charts the past 19 weeks.

Kendrick Lamar’s “The Heart Part 4” Roars In At #2

K-Dot put the industry on notice with the blistering teaser, which many felt served as a prelude to an album many thought to be delivered on April 7. The varying moments in “The Heart Part 4” cover a lot of ground and some rumored sneak-dissing but mainly it shows just how potent the Compton rapper is as a top-tier lyricist. The single scanned 55,100 in its debut.

The Weekend’s Daft Punk-assisted “I Feel It Coming” is also in its 19th week and scanned 43,075 for the week, this after rocking the #2 spot last week. The drop down in rank pushed Kyle’s “iSpy” out of the top three to #4, but the Lil Yachty pairing still shows some staying power with 31,681 scanned.