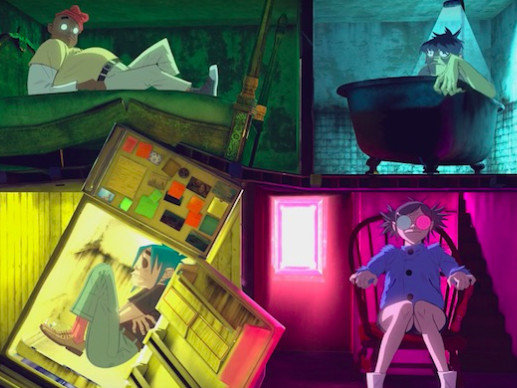 Jamie Hewlett and Damon Albarn — the musical geniuses behind the Gorillaz — could never simply drop an album without making a grandiose event out of the impending occasion. After revealing the title and tracklist for their forthcoming album, Humanz, last month, the Gorillaz team has conjured up a brilliant marketing plan with Sonos, which takes fans into the world of the band.

“Gorillaz have always been inspiring artists who ignore the limitations of any medium or format,” Sonos VP of Global Brand Dmitri Siegel said in press release. “The launch of their first album in seven years is such a big moment for Gorillaz fans and we’re excited to invite people all over the world experience it using Sonos.”

Admission is free, but those lucky enough to be in the city where the Spirit Houses are popping up must RSVP here. Expected to arrive April 28, Humanz boasts contributions from artists such as Danny Brown, Vince Staples, De La Soul, D.R.A.M., Carly Simon, Grace Jones, and Mavis Staples. Watch the trailer above.