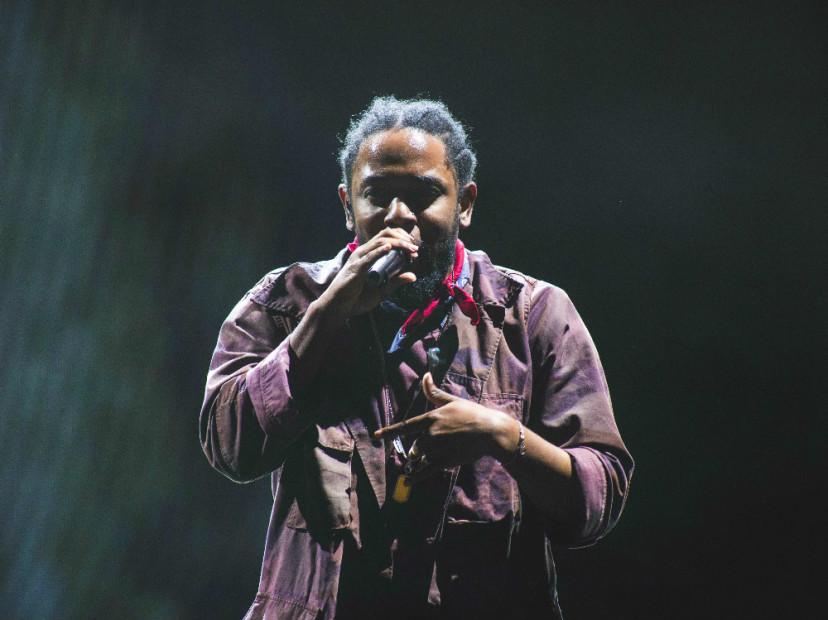 [UPDATE]: This article was updated April 6. Changes appear in italics to reflect information about the release date and tracklist.

Something from Kendrick Lamar is coming April 7. Most of the speculation says that it is, in fact, a new album — even if K. Dot or TDE hasn’t confirmed it. **What came just minutes before April 7 struck was the announcement for the release date of Kendrick Lamar’s fourth studio album, which is April 14.

Fellow TDE-er ScHoolboy Q posted on Snapchat about his labelmate’s “Humble.,” confirming that the single is part of a full LP.

Let’s break down what else we know about the project so far.

Starting with the basics, the presumed release date is April 7, which comes from Kendrick himself on “The Heart Part 4,” where he warns the rest of the rap game “Y’all got ’til April the 7th to get y’all shit together.”

Other than that, there is no known title, cover art, or confirmed tracklist for the follow-up to the Grammy-winning To Pimp a Butterfly.

A rumored tracklist surfaced shortly after the release of “The Heart Part 4,” and it’s fairly convincing with features from Kanye West, Q-Tip, André 3000, Anderson .Paak, Anna Wise and Bilal. Perhaps a guest appearance from D’Angelo is a bit of a stretch, but if anybody can get the legendary singer on a track right now it would be Kendrick, right? Production is listed from Sounwave and Terrace Martin (usual suspects) as well as DJ Dahi, Flying Lotus, Thundercat, Cardo, Alchemist and Swizz Beatz (whose young son produced a song on untitled unmastered.). But the greatest reason the tracklist could be fake is because “Humble.” isn’t listed on it. **The tracklist is confirmed fake as the iTunes pre-order for the new album consists of 14 tracks, including “Humble.”

Production will most likely come from some of those frequent collaborators. DJ Dahi recently shared a pic from the studio with Kendrick.

Mike WiLL Made-It produced “Humble.” after featuring Kendrick on his Ransom 2 album alongside Rae Sremmurd and Gucci Mane. The Eardrummers leader told The Breakfast Club that he has even more tracks with the West Coast MC on the new album.

Producer Syk Sense spoke with internet sensation EricTheYoungGawd about what he’d heard from the project and said it’s “some of the hardest shit” he’s heard and that it was like Memphis in Los Angeles. Granted, he said he only listened to some of the beats King Kendrick was considering for the album, but still. The YouTube video was taken down — at Syk’s request — soon after reports started circulating about the interview.

Moving right along, what will Kendrick’s new album say? After the politically charged To Pimp a Butterfly, which was literally used as a rally cry for the Black Lives Matter movement, where does Cornrow Kenny go from here?

Annotators on Genius have begun speculation that both “The Heart Part 4” and “Humble.” take shots at Big Sean and Drake. There has been a sort of cold war between Drizzy and K. Dot brewing for a while now, even if they sounded oh-so-harmonious on the good kid m.A.A.d. city collab “Poetic Justice.”

But the LP will probably be much denser than a bunch of subliminals aimed at those few who dare to consider themselves Kendrick’s competition. We know he’s all about the homies and putting on for his city.

In an interview with the New York Times, Compton’s good kid shared that his new album is “very urgent” before explaining how he’s moving forward from the message of the project, which received a perfect 5.0 from HipHopDX.

“My focus is ultimately going back to my community and the other communities around the world where they’re doing the groundwork,” he said. “To Pimp a Butterfly was addressing the problem. I’m in a space now where I’m not addressing the problem anymore. We’re in a time where we exclude one major component out of this whole thing called life: God. Nobody speaks on it because it’s almost in conflict with what’s going on in the world when you talk about politics and government and the system.”

Lamar’s music has always explored spiritual themes, from “Faith” off his 2009 self-titled EP to President Barack Obama’s favorite song of 2015, “How Much a Dollar Costs.” The world is on high alert to hear how Kendrick moves the narrative forward from here.