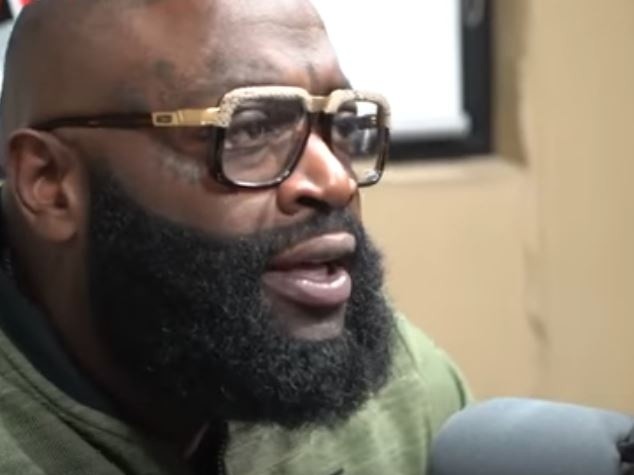 Atlanta, GA – If Birdman is hoping to earn the respect of Rick Ross, he may not want to hold his breath.

Following this month’s release of Ross’ track “Idols Become Rivals,” which takes vitriolic aim at Birdman, the Miami mogul offered his thoughts on the controversial Rather You Than Me single and the Cash Money CEO.

While speaking with Atlanta’s Hot 107.9, Ross revealed that he was motivated to pen the record based on Birdman’s alleged shady dealings with his close friend, DJ Khaled. He also doted on Khaled, referring to the musician as “a good dude, a positive dude.”

“Just seeing the way not just Lil Weezy, but my closest homie [DJ Khaled] got dealt with. I just felt it wasn’t right. Khaled is a great dude…On some G talk, just fix that,” Rick Ross said.

Before flat out stating that he has “no respect for” Birdman, Ross again stressed that it was important for him to take a stand for Khaled and Lil Wayne based on the treatment they received from Baby.

He also clarified that “Idols Become Rivals” is “a clean your face record” and not a diss record.

“Just me being around. You hear things,” the rapper said. “You see things. But you mind your business. But when it was my brother, DJ Khaled, it’s like ‘Damn, homie’…If you burn those two [DJ Khaled and Lil Wayne], I already know how you feel about me. And I just don’t respect it. I just felt it was time for somebody to let homie know that ain’t gangsta. And you won’t be respected no longer. I won’t let nobody respect you ’round me. It’ ain’t a diss record, it’s just a clean your face record. … I just want him to feel it. … I ain’t got no respect for him.”

Video of Rick Ross addressing “Idols Become Rivals” and Birdman is below.