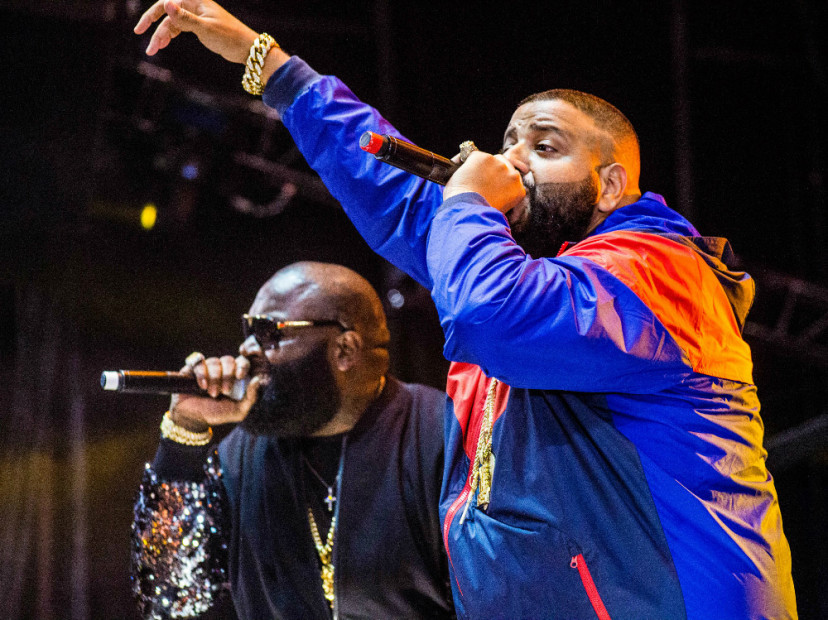 Did Rick Ross Reveal That DJ Khaled's "They" Is Actually Birdman?

DJ Khaled has established himself as one of the top motivators in Hip Hop thanks to his inspirational encouragement about the sinister “they” — shadowy figures who don’t want you to succeed.

Fans now think they know exactly who “they” is after hearing Rick Ross’ Birdman diss track “Idols Become Rivals,” which was released today (March 17) on Rozay’s Rather You Than Me album.

Many point to the end of the track where Rozay gives a sort of outro after he finishes his third verse with “Can all producers please get paid?”

One of DJ Khaled’s taglines is “Bless Up” and his We The Best Music label used to be under the Cash Money umbrella. He shared in 2015 that he’d left the house that Birdman built.

The Miami mogul had previously stated that “they” is simply a general term for haters or those who don’t want to see others be successful.

Here’s what fans had to say after drawing conclusions that Rick Ross revealed “they” is Birdman.

So when Khaled refers to "They" he's talking about Birdman, Baby, and Stunna????

When Rick Ross discloses who Dj Khaled is referring to as "they" and it's been Birdman this whole time pic.twitter.com/uOwlsB0skU

When you thought Khaled was talking wypipo when he said THEY but he was talking about Birdman and everything starts making sense… pic.twitter.com/ZzfxxI6ori

Wait a damn minute! So the "THEY" @djkhaled always refer to has been BIRDMAN this whole time?!?!?! @rickyrozay, bruhhh I'M SHOOK! pic.twitter.com/2k1n74NWN3

When you realize Dj Khaled was talking about Birdman when he kept saying "they" pic.twitter.com/WwkAFiPI3t

This whole time when Dj Khaled said "THEY" he was actually talking about Birdman pic.twitter.com/RTBTcwMcF9

DJ Khaled: They don't wanna see us win!
Rick Ross: Birdman was the "They" Khaled was talking about.
Me: pic.twitter.com/0TijobZs5L

When DJ KHALED say "they" he was referring to birdman sandusky pic.twitter.com/LabQ5chjm3

Birdman was the reason DJ khaled had all them damn headaches the whole time pic.twitter.com/E5X6JYUc1S