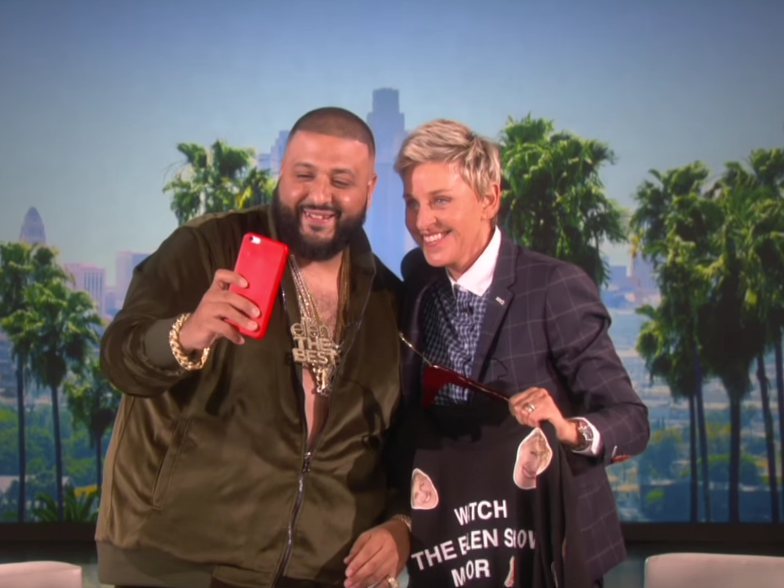 DJ Khaled announced a lifestyle change in 2014 when he said he was working on his I Changed a Lot album, which was released in October. He told HipHopDX that “I Changed a Lot” is more than an album concept, it is a movement.

Now, DJ Khaled has taken his movement to the world, especially through his use of Snapchat. He often showcases his healthy lifestyle on the social media platform and encourages his fans to follow in his footsteps to success.

In a recent appearance on The Ellen Show, DJ Khaled details the importance of being healthy and sharing that message with his fans.

This lifestyle includes eating right as well as staying physically fit. DJ Khaled says that he did not know about the importance of nutrition growing up, so he has a certain sense of appreciation for what some people would view as simple tips to staying healthy.

“They don’t want us to eat breakfast,” he says. “You know why? I feel like they hid the keys from me growing up. Now, I’m being told you have to eat egg whites to be healthy and a lot of water, a gallon of water. It sounds maybe easy and normal for y’all, but when I was growing up, they never told me to drink a lot of water, so I drink a gallon a day. I think that’s a major key to success. Eating egg whites is a major key to success. It’s called being healthy and they don’t want me to enjoy it. So what I do is I make sure I enjoy it so amazingly.”

The Miami artist’s passion for health has crossed over into his enthusiasm for his recent deal with Apple and his “We The Best Radio” show on Beats 1.

“I love apples,” he says, “and now I have a big Apple deal, thanks to Jimmy Iovine and Larry Jackson for getting me one of the biggest Apple deals with Apple Music. See ‘We The Best’ with Apple Music. I’m like, ‘Wow, this is success.’ I dream for these things.”

Watch the interview of DJ Khaled detailing health as a major key to success on The Ellen Show below: