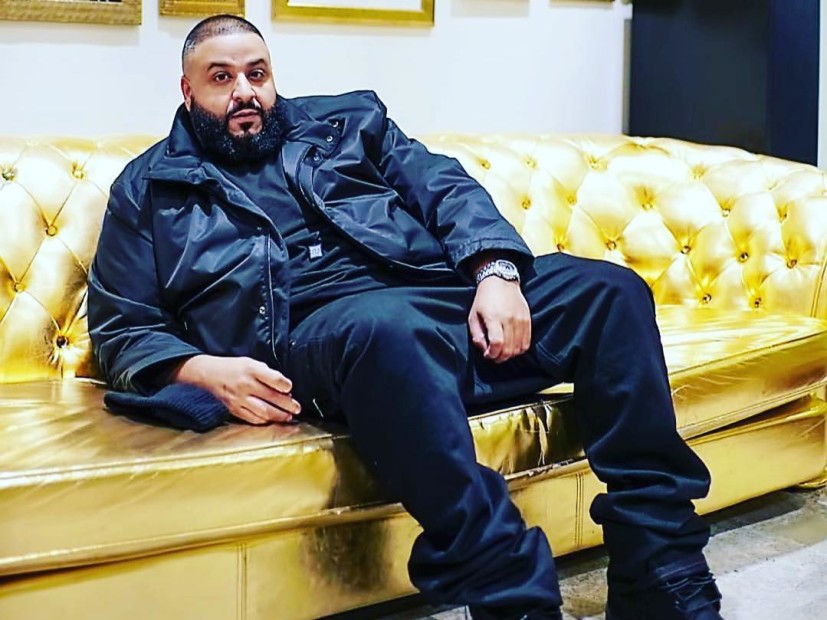 DJ Khaled is always warning his followers about “they” in his Snapchats and now he reveals who he’s referring to when he’s talking about “they” in an excerpt from his first written book The Keys, due out November 22.

The text is written in all caps as the Miami mogul drops inspirational lines about who “they” are and how to stay away from “they” in the excerpt, which he posted to his site.

“They” has become a replacement term for haters according to the passage. The We The Best boss says he had to switch up the words he used when referring to haters out of “necessity.”

“I’LL TELL YOU: ‘THEY’ ARE THE ENEMY,” the excerpt reveals. “’THEY’ WANT TO KEEP THE KEYS HIDDEN AND BLOCK YOU FROM THE PATHWAY OF MORE SUCCESS, AND ‘THEY’ WANT TO SEE YOU TO FAIL. I’VE SEEN ‘THEY’ OUT THERE AND I’VE SEEN THEIR EVIL. IT MAKES ‘THEY’ HAPPY WHEN YOU DON’T PROSPER AND ‘THEY’ LAUGH AT YOUR PLANS TO MAKE YOURSELF BETTER AND GET AHEAD. THE PERSON WHO WANTS TO DISTRACT YOU FROM YOUR STUDIES OR YOUR CAREER WITH THEIR DRAMA? THAT’S A ‘THEY.’ THAT’S A BIG ‘THEY.’ BUT HERE’S A MAJOR KEY: AS LONG AS YOU STAY AWAY FROM ‘THEY,’ YOU WILL PROSPER.”

Khaled goes on to explain in his book that “they” are everywhere and gives some advice on how to get rid of them so you can continue on to live your best life. Something “they” would hate to see you do.

“I KNOW THAT WHEN I SAY TAKE OUT THE TRASH, IT SOUNDS SIMPLISTIC,” he says. “MAKING THAT CHOICE IN YOUR MIND IS EASY; YOU’RE A BOSS, AND YOU DO WHAT YOU HAVE TO. BUT ACTUALLY DECIDING TO GO OUT AND TAKE OUT THE TRASH CAN BE DIFFICULT AND REQUIRE A LOT OF FOLLOW-THROUGH. YOU JUST HAVE TO REMEMBER THAT ‘THEY’ WILL TRY ANYTHING TO MAKE YOU CHANGE YOUR MIND. ‘THEY’ WILL TRY TO CONFUSE YOU AND BEG YOU FOR ANOTHER CHANCE, OR TRY TO ARGUE AND BLAME SOMEONE ELSE FOR THEIR MISTAKES.”

The new father announced he would be releasing a book called The Keys back in September with major mogul talk from Jay Z and Puff Daddy.

The Keys is available for pre-order right now on most major retail sites including Amazon, Barnes & Noble and Target.