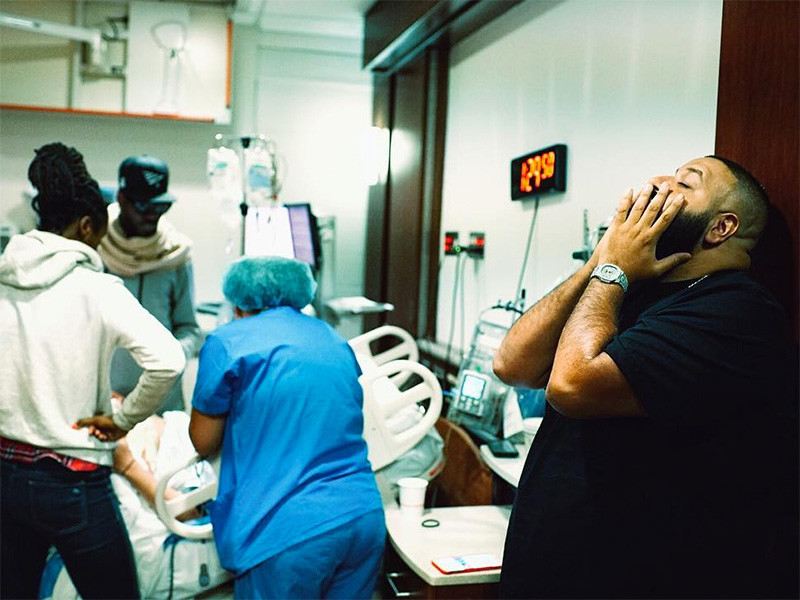 The King Of Snapchat now has an heir.

DJ Khaled and his fiancee Nicole Tuck welcomed a son to the world in front of Khaled’s legions of social media followers Sunday (October 23).

Over the course of about 12 hours, Khaled posted updates on Snapchat and Instagram that documented meetings with doctors at the hospital, the lengthy birth process and the eventual arrival of his child.

Despite the public display, Khaled gave his family some privacy, never showing his partner’s face or their baby. Instead the posts focused mainly on Khaled’s own nervousness ahead of the baby’s arrival, and his joy and relief once the delivery was over.

Khaled also put his signature decorative overlay on the Snapchat posts with key, lion and prayer hand emojis accompanying captions like: “I love you son!!!” and “God is the greatest!!!!”

The clips also showed the soundtrack of the music Khaled played during the wait, including Lauryn Hill’s “To Zion,” Buju Banton’s “Destiny” and Khaled’s own “I Got The Keys.”