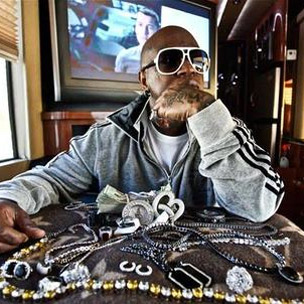 Birdman has announced the signing of DJ Khaled’s We The Best imprint to Cash Money Records.

During an interview with MTV News on the set of the video for “Take It to the Head,”

Baby revealed that he has partnered with DJ Khaled to release music from artists under his imprint, which houses Ace Hood and Mavado. The first of the bunch to release music under Cash Money will be Hood.

“I’d like to let the world know that Khaled’s brand, which is We The Best, is officially signed to YMCMB and the first act coming out that umbrella … will be Ace Hood,” he said. “I always wanted to have a chance to work with Ace Hood.”

Stunna, who has collaborated with Hood on previous cut “This Nigga Here,” praised the rapper’s abilities and says that he’s been looking for an opportunity to work with him.

“We wanted to do it right, set it up right. I think Ace Hood is a superstar,” he said. “I love his work ethic, I think he’s a very talented young man and he gonna be a big superstar in this business and I wanted to be the one to help him become that. It was important to me.”