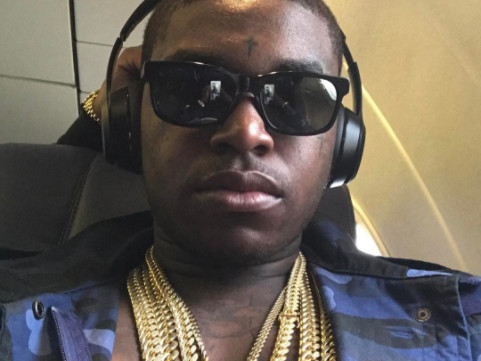 Kodak Black Settles Lawsuit (One Of Them) & Shares Documentary Announcement

At 19 years old, Kodak Black has already seen a slew of legal troubles and, in fact, the Florida native is currently battling a sexual battery case and recently sued his baby’s mother for joint custody of their 3-year-old son King Khalid. However, it looks like at least one of his cases is settled.

Last December, Black filed a lawsuit against Dollaz and Dealz Entertainment citing a breach of contract. In 2013, a then 16-year-old Black signed with the Florida-based label, but soon accused them of duping the inexperienced rapper into signing a bad contract without a lawyer present. The CEO of the imprint has been incarcerated on unrelated charges and was unable to produce any documents. Both parties have apparently settled the case out of court, and this week, a judge of the 177th Judicial Court in Broward County agreed to throw the case out. The case was dismissed with prejudice, meaning Black can’t sue the label again for the same thing, according to Bossip. Thankfully, the Pompano Beach artist has another reason to celebrate.

Ahead of the release of his debut album, Painting Pictures, Black has also announced a forthcoming documentary that is scheduled to premiere with WorldStarHipHop. Titled Project Baby, the Mandon Lovett-directed film takes viewers on a journey through the troubled rapper’s life. Both the album and documentary are scheduled to arrive on March 31. Check out his Instagram announcement above.