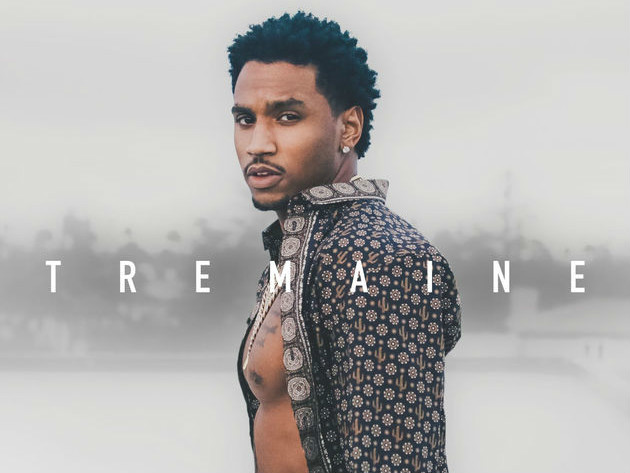 Trey Songz has released his new album, Tremaine, based on his given name, Tremaine Aldon Neverson.

The LP is made up of 15 songs and the lone feature comes from fellow Virginia artist and frequent collaborator MIKExANGEL on “Games We Play.”

It has been three years since Trey’s last LP, Trigga. In December, he explained to 106 KMEL the delay between projects was because “Nowadays music is so like fast food, in content in general—not just music. Everybody takes everything in so fast and then they’re on to the next thing, so I want to figure out how to hold people’s attention.”

He’s remained in headlines for his collaborations and made major news when Remy Ma claimed on her “SHETHER” Nicki Minaj diss track that he and Nicki Minaj hooked up. He quickly shot down the rumors, but got into a tiff with the Black Barbie over the accusations anyways.

The situation arose again today when he shared on The Breakfast Club why he felt the need to respond and then suggested that he launched Nicki’s career by having her appear on “Bottoms Up.” This set the internet abuzz with reactions (and had us publishing that story before this one).

Stream Trey Songz’ Tremaine album above and check out the cover art and tracklist below.