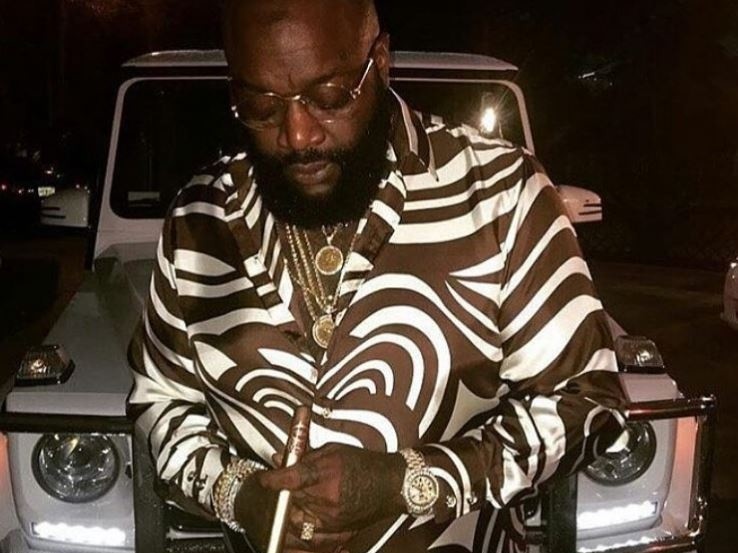 Meek Mill should have never trusted Nicki Minaj, according to Rick Ross.

On the newly released “Apple Of My Eye,” the Miami musician offered his thoughts on the expired relationship between Nicki and Meek Mill, rapping, “I told Meek I wouldn’t trust Nicki, instead of beefing with your dog you just give him some distance / We all make mistakes, let’s not be too specific.”

He also seems to be addressing Meek’s beef with Drake, suggesting Meek shouldn’t have gone at Drake directly over his issues with the R.I.C.O. verse and instead just given his “some distance.”

Meek referenced the lyric in an Instagram post he uploaded last week, promoting Ross’ new Rather You Than Me album.

“Rozay been told me don’t trust you. 3.17.17 #ratheryouthanme,” the Philly lyricist wrote as his caption for the photo of himself and Ross.

Rozay been told me don't trust you. 3.17.17 #ratheryouthanme

The relationship between Ross and Nicki has been a rather limited one, but their paths have crossed before.

Ross was supportive of DJ Khaled’s video proposal to Minaj back in 2013, explaining that the couple would have his blessing if the marriage came to pass. “As long as he’s happy, I’m happy,” he told Power 106 at the time.

Then back in July 2014, Nicki referred to her backside as being on Rick Ross levels of fat-ness in her remix to “No Flex Zone.”

“Hell no, you can’t use my lip gloss, pop a perc’, now I’m on lift off / Ass still fat, it’s on Rick Ross, you bitches make a nigga dick soft,” Minaj rapped on the song.

Over the years, Minaj has appeared on several songs with the Maybach Music Group founder, including Kanye West’s “Monster.” Back in 2011, shortly after Nicki dropped her debut album, Pink Friday, she appeared alongside Ross on his “You The Boss” record.

They also both appeared at the White House last year to speak with President Obama about his “My Brother’s Keeper” initiative.

Rick Ross’ Rather You Than Me album, which also finds the rapper taking aim at Birdman, was released today (March 17).