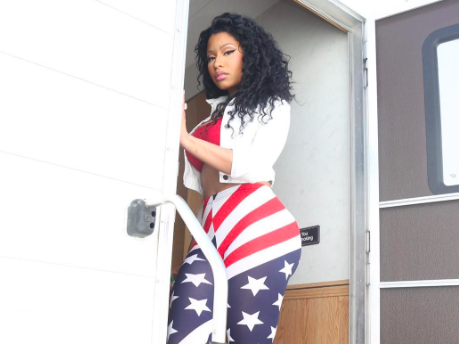 Rick Ross’s ankle bracelet went off while in The White House visiting President Obama Friday (April 15), according to TMZ.

The President invited several rappers, including Nicki Minaj, J. Cole and Rick Ross, to talk about the “My Brother’s Keeper” initiative, which aims to keep young minority men out of trouble. The bracelet went off after President Obama delivered his speech at the gathering.

The Miami rapper wears an ankle bracelet as part of his 2015 kidnapping and pistol-whipping case.

The meeting wasn’t publicly announced however, it was confirmed by the Associated Press.

DJ Khaled captured the meeting on Snapchat and shared one of his moments with J. Cole on Instagram captioning, “Today I met @barackobama. Had the biggest cloth talk you could imagine.”

“I can’t even explain to ya’ll what just happened,” Ludacris says on Khaled’s Snapchat story. “History has been made.”

“Met with President Obama today to discuss a few things that happen to be very dear to my [heart emoji],” Nicki captioned on an Instagram post of her autographed photo of President Obama. “I am #MyBrothersKeeper.”

The president employed the “My Brother’s Keeper” initiative in February 2014 to help keep young males out of the criminal justice system and improve their access to higher education while addressing the challenges faced by minority men.

Today I met @barackobama Had the biggest cloth talk you could imagine. Me and my brother j cole talking more wins more blessings .. @barackobama thank u for the invite??I'm so inspired ???BLESS UP??? #mybrotherskeeper #iamnbk

Nicki Minaj, Ludacris and Common’s Instagram posts about “My Brother’s Keeper” are as follows.

Met with President Obama today to discuss a few things that happen to be very dear to my ❤️. I am #MyBrothersKeeper

Humbly speaking this was my 5th time meeting and speaking with our President. Never had him sign anything and today I thought to myself I'm trippin! Today I got my book personally signed and no words can explain the excitement of having this added to my collection of life changing memorabilia #historic

Meeting with the President today. #MyBrothersKeeper