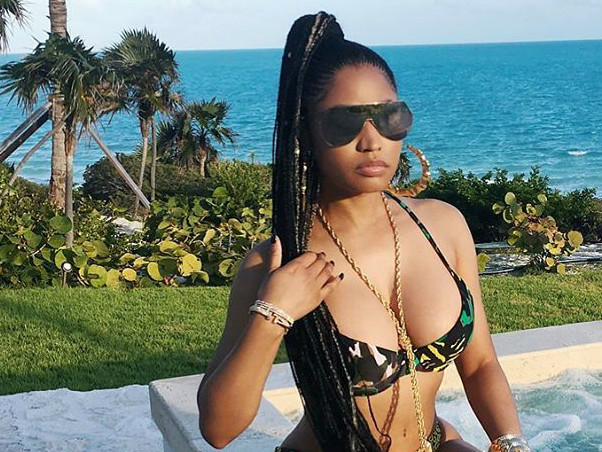 Unsurprisingly, Nicki Minaj will not be left short of options in the dating department following her recent split from Meek Mill, which she officially announced via Twitter earlier today (January 5). A string of cultural personalities have taken to social media to send their applications in, including Soulja Boy, The Game, Lil Duval and Brooklyn Nets point guard Spencer Dinwiddie.

Up first was Soulja Boy, who took to Instagram to post two photos of himself and Minaj from Hot 97’s Summer Jam in 2015, the second of which had the caption: “I love you @nickiminaj” with some heart emojis. The two posts have since been deleted.

The Game, who appeared as Minaj’s love interest in her “Pills N Potions” video, wrote a little comment on one of her New Year’s pics (notice this pic caught Soulja Boy’s eye as well). The Compton MC beefed with Meek Mill this summer and apologized to Nicki for dragging her into the middle of it.

Lil Duval also left a comment on one of Nicki Minaj’s IG photos, writing: “Check DM” with an emoji of a guy and a girl with a heart between them.

In addition to the above, Brooklyn Nets point guard Spencer Dinwiddie took to Twitter to shoot his shot, writing: “I know nicki Minaj is from NY, is she a Nets fan?”

I know nicki Minaj is from NY, is she a Nets fan? ?

The fans were thirsty, too, offering up DMs and sharing with the rapper that they are single and ready to mingle with her.

@NICKIMINAJ ? If u ever need someone to talk to my DMs are always open to you

If u need someone to talk to feel free to slide in my DM's, I'm here for you ???

@NICKIMINAJ hey, so uh I heard you're single??