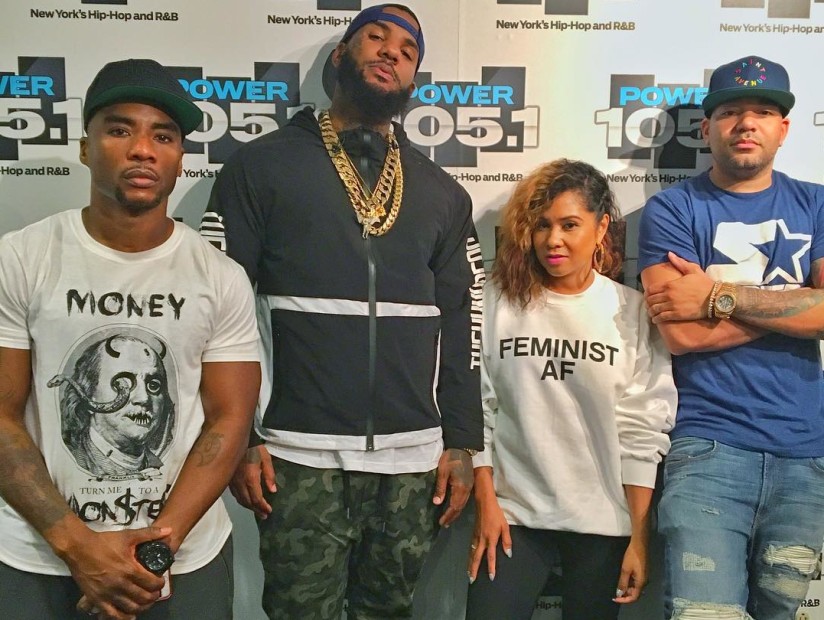 New York, NY – The Game admits that mentioning Nicki Minaj’s name in his brutal diss track “92 Bars” aimed at her boyfriend Meek Mill and his scandalous photoshopped picture of the two was in poor taste but he didn’t mean any disrespect.

“Nicki should just stay out of it,” The Game told The Breakfast Club earlier today, Friday (September 23). “She’s in her lane. She’s doing her thing, she’s an amazing artist. I’ve got love and respect for her. I’m sorry I had to drag her into this, and it was a minimal drag, but she wasn’t disrespected at all I went and I did what I had to do. It looked like a photo shoot or a video shoot, it don’t look like us in a hotel room.”

At the height of the beef, The Game posted a still from Nicki’s 2014 video “Pills & Potions” that gave off the impression he and Nicki were an item as he had her arms wrapped around his muscular arms.

He also offered up his dickprint to size up The Pinkprint rapper in the song.

“Nicki won’t get no sleep, I’m coming through at 4 a.m,” he raps in one verse, while boldly spitting “And I’ve been wanting to give Nicki this pool stick,” in another.

Chuck went on to be clear there was no intended malice because who doesn’t want to smash Nicki Minaj?

Watch The Game’s full interview with The Breakfast Club below and him apologizing to Nicki around the 12-minute mark.