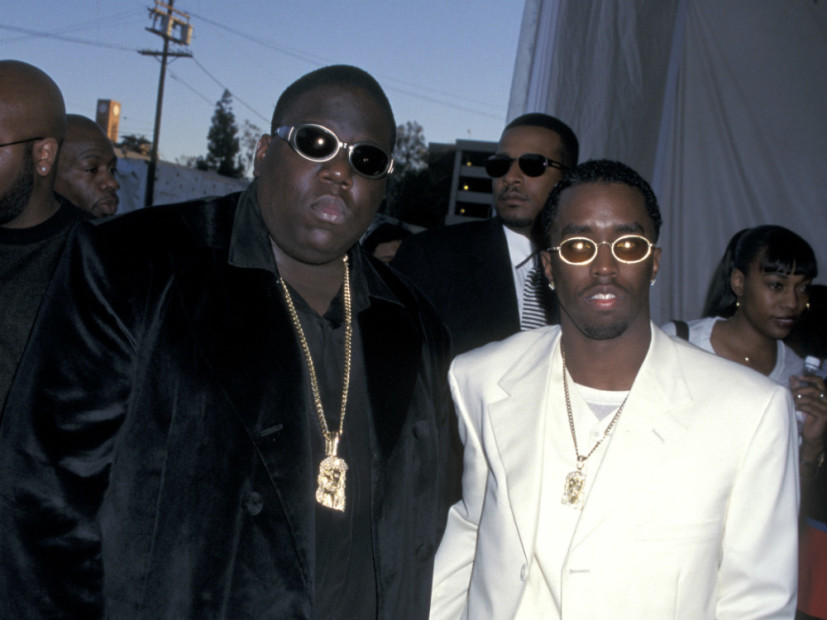 March 9 marks the anniversary of The Notorious B.I.G.’s Los Angeles murder. It has now been 20 years since he was gunned down in a drive-by shooting. His death, however, is shrouded in mystery as no one has been charged with the homicide. There’s a sense Biggie (real name Christopher Wallace) knew he was in danger. On March 5, 1997, four days before his murder, he said he had hired security guards because he feared for his safety during an interview with KYLD’s The Dog House in San Francisco. It turned out his intuition was right on.

While stopped at a red light at the corner of Wilshire Boulevard and South Fairfax Avenue, a dark Chevrolet Impala SS pulled up alongside Wallace’s SUV. The driver rolled down his window, drew a 9 mm blue-steel pistol and fired at the GMC Suburban. Four bullets hit Wallace and he was rushed to Cedars-Sinai Medical Center, where he was pronounced dead 30 minutes later. He was 24 years old.

The phenomenal catalog of music he left behind immortalized him in Hip Hop culture forever. Several members of the Hip Hop community took to Twitter and Instagram to express their love and respect for the fallen Brooklyn MC, including widow Faith Evans, Questlove, Common, Nas, Talib Kweli, DJ Premier, Bone Thugs-n-Harmony manager Steve Lobel (who organized “Notorious Thugs” from Life After Death), Danny Brown, DJ Cease (who was Big’s DJ and in the car at the time of the murder), and of course, P. Diddy. Check out the posts below.

One of the BEST to ever touch the mic! 20 years later, may God continue to bless the soul of the only Christopher we acknowledge. Mr. Wallace aka Biggie Smalls aka Biggie aka Big Poppa aka Frank White aka Notorious BIG!

Notorious Day. March 9th. Brooklyn! We did it!

"i learned of his tragic death from @angiemartinez on hot97 upon arrival from LA after winning 4 soul train awards.. i haven't seen those awards as they are sadly connected to a great joy followed by an incredible sadness. your influence lives on and brooklyn will never forget" #brooklyn #gemini #badboy #biggiesmalls #notoriousbig #20yearanniversary #restinpeace

Greatest rapper of All time died on March 9th .. God bless his soul R.I.P. B.I.G. .. because of him now at least I know what beef is

R.I.P. to the Notorious B.I.G. – You are missed!! pic.twitter.com/MVdU8cVQCq

My MONTHLY party #BowlTrain rolls on the track tonight at @BrooklynBowl paying tribute to one of the illest: 20 years ago today we lost one of the best ever: #NotoriousBIG tonight I spin the music of #BIG #BadBoyRecords & the production of #Diddy & #TheHitmen making music for 25 years. Come On Down! #RipBiggie #WeMissYouBig

Where’s the Biggie party in NY tonight ? Might need to hit a 2 step to Juicy right quick

20 years ago 3/9/97 we lost one of the best #ripbiggie To many real ones to name #uwasentthere comment if u no anybody in this pic from 1996 #weworking #bonethugs #diddy #steviej #notoriousthugs #biggiesmalls #badboy ???