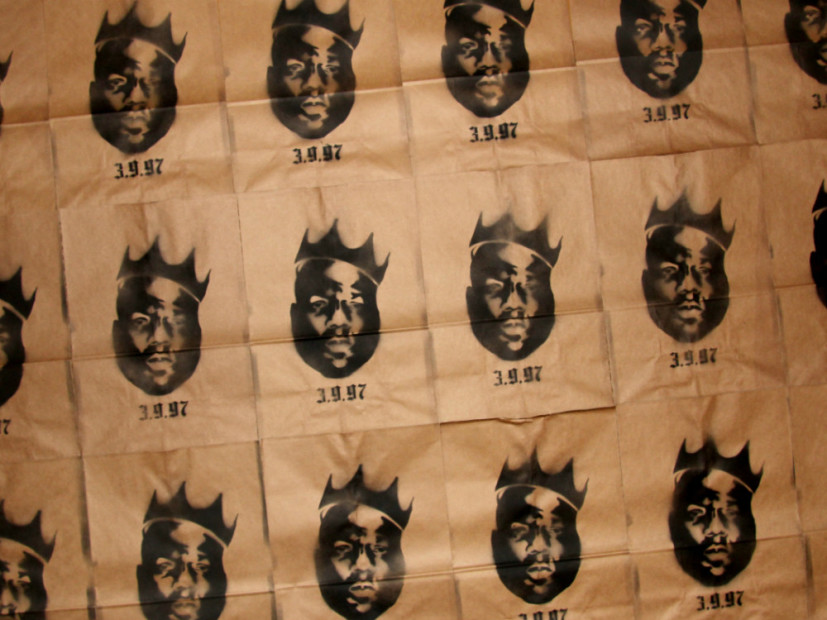 The Notorious B.I.G. tragically lost his life March 9, 1997, but his legacy lives on not only through his music, but in many aspects of culture that he touched. Even grocery stores.

As a child, Christopher Wallace bagged groceries at Brooklyn’s Met Food Supermarket and on the 20th anniversary of his passing, the store is paying tribute to the rap legend with special edition paper bags.

The Biggie Bags are the creation of Jed Heuer and his wife, Jennifer, who have lived in the area since 2000. The first 100 customers will receive a bag with a purchase of groceries at Key Food, the store that now stands where Met Food was at 991 Fulton Street.

“This project is about paying respect to a legendary artist and sharing a piece of neighborhood history,” Jed says to HipHopDX.

Biggie was fatally shot 20 years ago in Los Angeles after attending a party. He died an hour later and the murder is still unsolved.

Find out more information at Biggie-Bags.com.