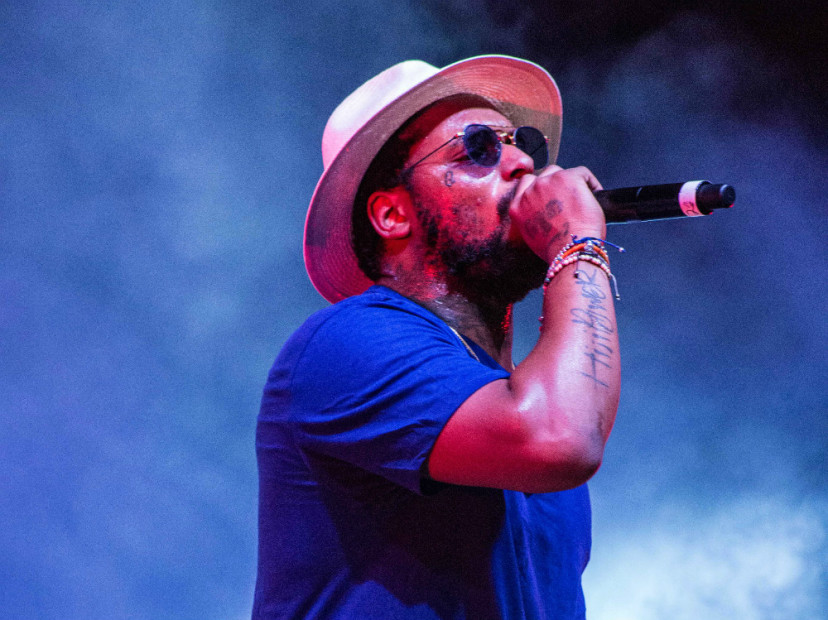 TDE had a monstrous 2016, its success helped by the release of ScHoolboy Q’s Blank Face LP. That project is up for Best Rap Album at the Grammys and Q will find out Sunday (February 12) if he won the award.

But if he does overcome the odds and take the trophy, he may not even be in the building for it. He says in an interview with Zane Lowe on Beats 1 radio that he skipped out on the 2015 ceremony when Oxymoron was nominated and probably won’t go this year unless his daughter wants to, in which case they’ll go together.

In regards to the Grammy nod, the rapper says “with me just being nominated, I won.” He explains how he doesn’t expect to win the award as he goes up against Drake’s VIEWS, Chance The Rapper’s Coloring Book and Kanye West’s The Life of Pablo.

After wrestling with how to follow up 2014’s Oxymoron, it seems like Groovy Q has indeed gotten his groove back and he says that he’s already well on his way to being done a new album.

“I may sit down for six months of the year just not inspired to write,” he says of the distance between albums, “then it may hit me of what I want to get on.”

He says touring to promote Blank Face gave him fresh energy where he started brainstorming even while on the road. As soon as the tour ended, he hit the studio and pounded out tracks.

“I never been this inspired that fast,” he says, saying that he’s “halfway” done with the new album.

The Los Angeles MC hinted at who might be featured on the upcoming album, including Anderson .Paak. The Aftermath signee appeared on Blank Face LP‘s title track. He also gives insight into the theme of his new album, saying he always needs a concept with a mix of fun and introspection.

“On this record, it’s more so my life after I made it to the point of ScHoolboy Q,” he explains. “I gave you me, but I never gave you the other side of me, the father, the dude that’s actually happy, the dude that doesn’t be in the hood just hanging out, the dude that’s trying to put his homies in position now. I’m not a deadbeat father anymore. I’m in my daughter’s life. She lives with me. I’m actively — I pick her up, take her to school every morning. It’s just a whole different Q.”

Check out the entire interview of ScHoolboy Q talking about his new album and the Grammys below.