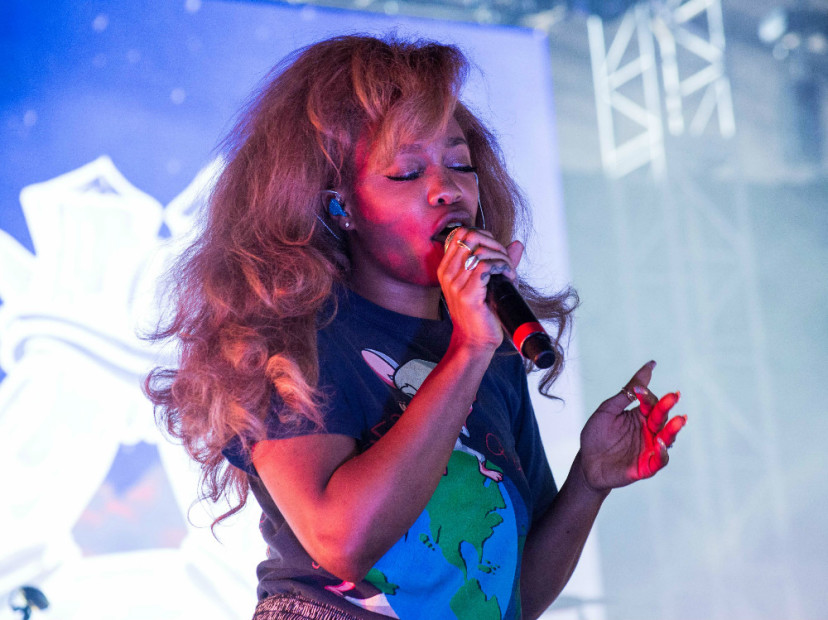 Bad news for anyone who stayed up late waiting for the new release from TDE’s SZA. The album, which was expected on February 3 after a Billboard interview reported that as the release date, will not be dropping Friday.

DJBooth points out that the Billboard piece that made us all mark our calendars has been quietly redacted to declare the album is coming out in the much-less-specific timeframe of “February.”

Close followers of TDE’s social accounts may not be that surprised at the news, considering no one had really promoted the release in what was supposed to be the lead-up period.

Again DJBooth reports that a TDE source told them that the February 3 release date had never been officially confirmed.

“We never said that,” the source explained. “If it doesn’t come directly from TDE then isn’t official. [It’s] coming soon, very soon.”

So far there haven’t been any tweets (exasperated, or otherwise) from the 26-year-old singer explaining the situation.

For now, the wait continues.

(This article was first published January 23, 2017 and is as follows.)

SZA has announced the release date for her CTRL album, which will be her first LP since 2014’s Z. In an interview with Billboard, the TDE singer shared that fans can expect CTRL February 3. She announced the album with the release of her “Drew Barrymore” single earlier this month.

She also spoke about collaborating with Rihanna on the Anti track “Consideration.” She explained what she learned from RiRi’s confidence.

”She wanted to work with me, and I played some jams that I was working on for myself, and it went from there,” she said. “Rihanna doesn’t give a fuck about anyone around her. She’s in her own space at all times. But she’s not rude — she’s comfortable. As a shy person, that was something cool to witness.”

Last year, SZA threatened to quit music after expressing frustrations with TDE president Punch. She later further explained her hesitancies about music in an interview with Complex.

“I’ll probably just do something different, something visual, probably film,” she said. “I’m really frustrated, and I’m kind of over it. I have a lot of anxiety and there’s a lot going on in my life.”

(This article was first published January 2, 2017 and is as follows.)

TDE released six albums last year, but fans were left without a project from SZA.

According to label CEO Anthony “Top Dawg” Tiffith, fans won’t have to wait too much longer since it’s apparently now slated for a 2017 release. In a video Top shared where he gives a tour of TDE’s offices, he ultimately arrives at a notepad that says “2017 releases.” The caption of the video tags SZA asking “@sza are u ready 2 get them off my head?”

Watts up world! I just walked in to the offfice.. it's time to work on my 2017 release schedule… @sza are u ready 2 get them off my head? #TDE

SZA responded “Me tinks so” and added a heart emoji in the comments (even though he tagged the wrong account … Hers is @justsza).

He responded again, confirming the release.

She expressed frustration with the label in the fall, saying that she “quit” before deleting her tweet and later sharing in an interview that she was still hesitant about music.

Top Dawg shared his list of 2016 releases via a white board that also showed two new signees, one of which was revealed to be Lance Skiiiwalker. He released his Introverted Intuition album, but the second “John Doe” is yet to be revealed. The mystery artist also released an album, giving the label six total releases last year.