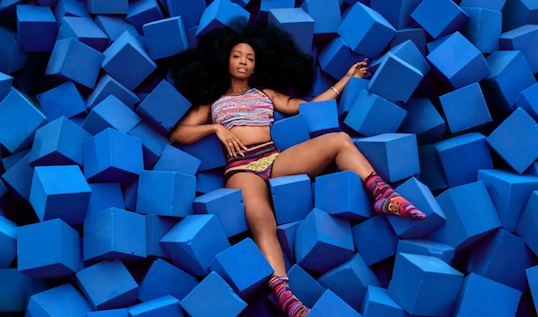 The guarded mystique of Top Dawg Entertainment experienced a serious security breach in October of this year. SZA, the respected label’s First Lady took her frustrations to Twitter regarding the year-long delay of her debut album, and laid it all out on the line.

“I actually quit . @iamstillpunch can release my album if he ever feels like it . Y’all be blessed,” she wrote, aiming it at the label’s President Punch. Since then, there haven’t been any further outbursts, but ditto goes for an actual release date announcement.

In her feature article for the December/January 2017 issue of Complex, the 26-year-old singer-songwriter downplays any severity in her rift with TDE but doesn’t appear to have a new outlook on recording all the same.

“I’ll probably just do something different, something visual, probably film,” she told Complex a week after the incident. “I’m really frustrated, and I’m kind of over it. I have a lot of anxiety and there’s a lot going on in my life.”

She revealed one of the catalysts to said anxiety as being constantly surrounded by death. She listed her grandmother, three ex-boyfriends and an unnamed friend among the deceased and it’s inevitably affected her music.

“Completing this [album] and these last couple of moments on the clock before this project is done are definitely the most pivotal moments of my life,” she explained. “Growing up as a woman, making tough decisions, and sticking by my own shit is necessary. But I definitely … um…” Long pause. “I’m definitely committed to completing this and I think…” Another long pause. “We’ll take it from there.”

As for the future of her career, especially with TDE, SZA doesn’t foresee any signs of doom and gloom.

“Me and Punch never get along — that’s every day,” she says, likening their relationship to that of any close-knit family. “They call me one of the homies. We’re all different, and that was hard to understand [at first] because they’re tough-love people and hard to read, but I dig it now. I don’t have any issues with my label. My label has been nothing but supportive of everything I’ve wanted to do.”

Although Punch declined to elaborate on their issues, he did offer up some insight on the upcoming A album.

“She used to hide behind reverb and vibe, but this [album] is more raw,” Punch tells Complex. “You can tell she’s speaking from experience and there are a lot of feelings there.”