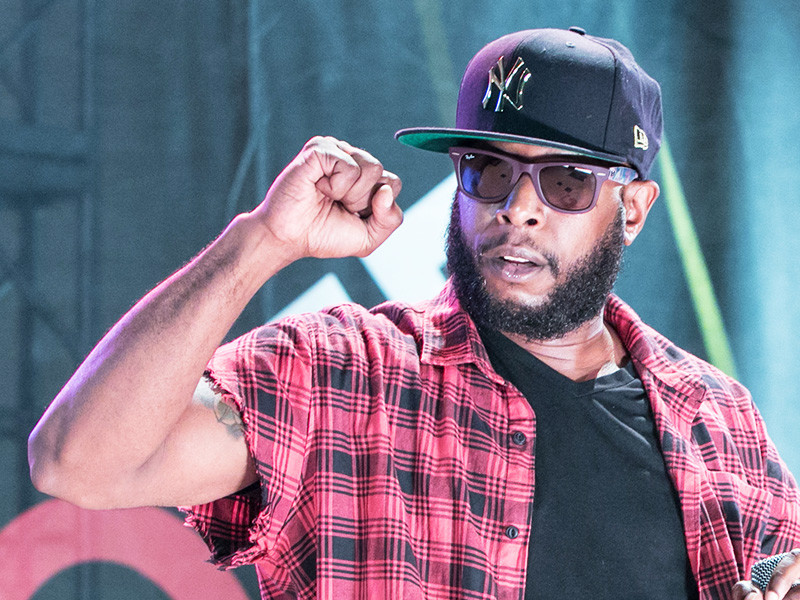 Talib Kweli To Kanye West: "Lifting Trump Up Kills Us"

Kanye West has dominated Hip Hop news in the last few days for making two lengthy, spirited, controversial speeches at concerts that have caused many of his fans to angrily turn their backs on him. In his extended rants, Yeezy spoke his truth, taking aim at everything from radio playlist politics to Mark Zuckerberg hunting for aliens.

He also said that (had he voted) he would’ve cast his ballot for president-elect Donald Trump.

Talib Kweli is one of the many commentators who took issue with Kanye’s late endorsement for Hip Hop’s arch nemesis, respectfully reminding him of the impact that words can have.

@kanyewest the same way you want Jay to reach out to you, u should reach out to real niggas. Cuz someone ain't keeping it real w u fam.

@kanyewest the ppl gonna ride w you til the wheels fall off for what you've given us. But only if u ride w the ppl. Come back home. Love.

@kanyewest we love u. u r everything u say u are. A genius, an icon. U added greatness to my life. But lifting Trump up kills us. Come home.

The two rappers go back more than a decade, with Kweli being instrumental in raising Kanye’s profile in the Hip Hop world. West even gave him a shoutout on “Last Call,” the closing cut from his monumental 2004 debut album, The College Dropout.

“My relationship with Kweli I think was one of the best ones to ever happen to my career as a rapper,” he said. “Because, you know, of course later he allowed me to go on tour with him. Man, I appre– I love him for that.”

In a later tweet, Kweli showed a similar sentiment, thanking Kanye for giving him and others “life.”

He's earned it. Ye has given me & many others LIFE. But he also need to hear the truth. https://t.co/CFYTt8appB