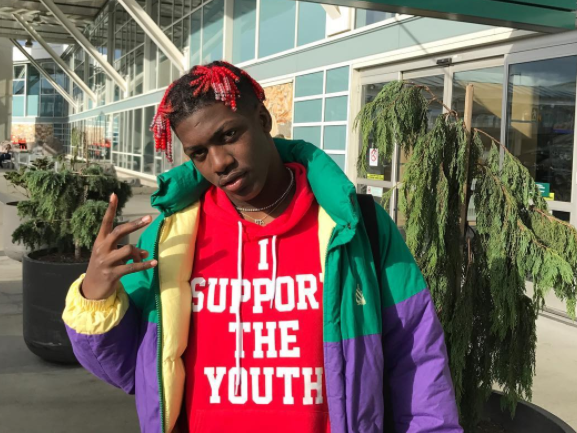 Lil Yachty On Soulja Boy Beef: “Everything He Said Was A Lie”

Houston, TX – While the short-lived beef between Soulja Boy and Lil Yachty appears to have passed, the latter had yet to talk about it publicly. During a recent conversation with 97.9 The Box in Houston, Lil Yachty finally opened up about the rift, alleging that everything Soulja Boy said over social media was a lie.

Yachty shared that yes, Soulja is another case of “idols become your rivals” and insisted he didn’t have anything to gain from engaging in social media war with the 26-year-old.

“I was not arguing with this man,” he said. “And it wasn’t fake. A lot of people thought it was fake – a publicity stunt. I don’t need a publicity stunt, bro. That’s not me being cocky, bro. I don’t even want to be in the public like that.”

The beef started late last month when both rappers staked a claim to model and personality India Love. Soulja Boy posted a handful of pictures of himself and Love to Instagram. He then uploaded a screenshot of a text message from Lil Yachty asking him to take the snaps down. Instead of complying, Soulja Boy continued to post photos of himself and Love, igniting the rift between the two artists.

Eventually, Soulja Boy backed off, saying that he was acting out because he didn’t have his weed.

Despite recent events, and Soulja’s claims that India Love doesn’t even know the younger rapper, Lil Yachty says that he most definitely still talks to her.

“I’m telling you, that whole thing, you wanna call it fake,” he said. “It wasn’t fake, but everything he said was a lie.”

Lil Boat added that he learned a lot from the situation and knows exactly how to handle any future onslaughts: don’t respond.