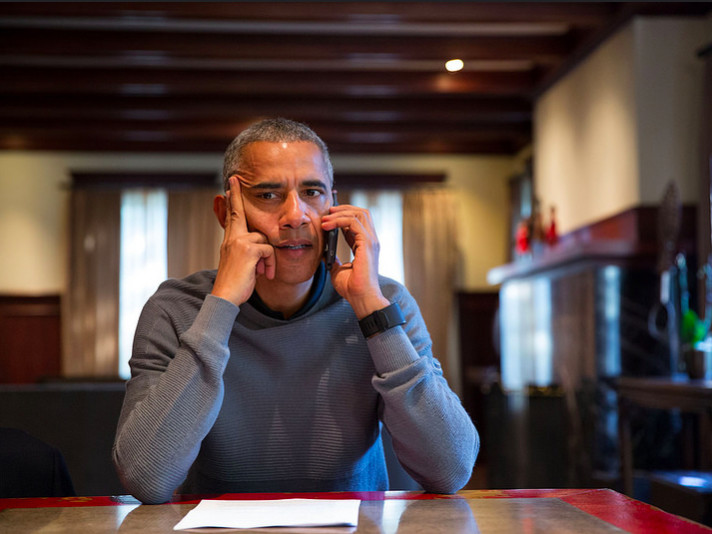 President Obama is one of the first presidents (if not the only president) to ever voice his love and admiration for Hip Hop. From throwing Hip Hop parties at the White House with guests like De La Soul and Common to revealing his personal playlists, he’s not shy about the fact he bumps some bass.

During a recent interview with Sway Calloway on the Sway in the Morning Sirius XM radio show, the host asked Obama who some of his favorite Hip Hop artists were. Without hesitation, he rattled off names like Jay Z, Chance The Rapper, Kendrick Lamar and Drake.

“Jay Z is still the king,” Obama told Sway. “He’s got a track record. Same with Kanye, so there’s a lot of talent out there, but when I look at who’s breaking new ground — Kendrick and Chance. Those guys are doing just amazing work and they’re wonderful young men.”

He goes on to say he met Chance at eight years old and calls him “family.” In fact, Obama recently invited Chance to his final state dinner at the White House as well as to perform at the Christmas Tree lighting ceremony. Later in the conversation, the topic turned to sports and whether or not the First Lady Michelle Obama will run for office (the answer to that is an adamant “no”).

Although Obama’s eight-year run officially comes to an end on January 20, 2017 when the next president is sworn in, at least we’ll always have his Hip Hop heavy playlists.