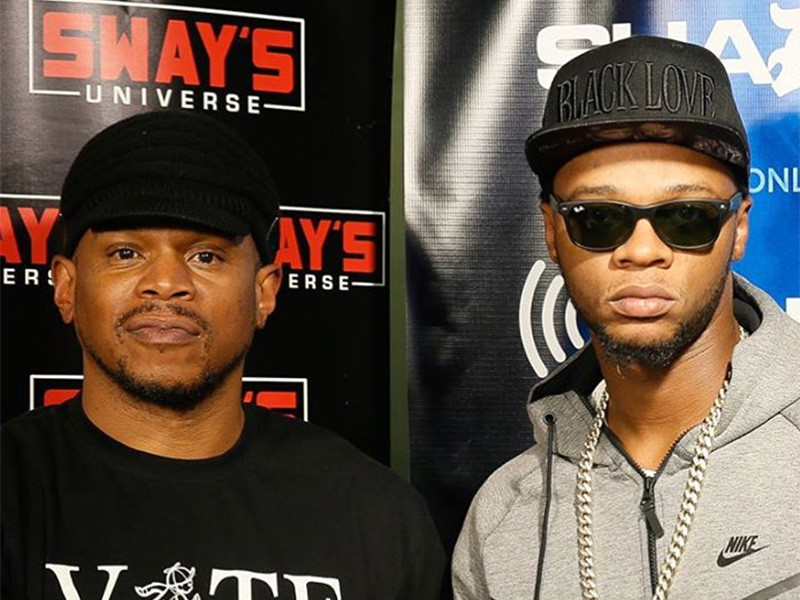 Papoose Takes Shots At Kevin Hart A.K.A. Chocolate Droppa on "Sway In The Morning"

Can anybody put a stop to Chocolate Droppa‘s rise?

The ferocious MC, whose alter ego Kevin Hart just happens to be one of the biggest movie stars and comedians in the world right now, has gotten a rise out of both T-Pain and Meek Mill since returning to the scene in 2016.

New York rap veteran Papoose is the latest name to make it known that Chocolate Droppa is in danger. Joking around on Sway In The Morning, Pap announced “Chocolate Drop, I’m looking for you,” vibing with Sway’s suggestion that the two battle it out on his show.

Papoose originally took a shot at Chocolate Drop on his recent track “Darkside” when he said “More heart than Kevin, my bars is hot / Y’all rappers really comedians, Chocolate Drop.”

Papoose didn’t back down when Sway pressed him on it, saying “Lil Wayne kicked his ass” in their BET Hip Hop Awards cypher.

For a little taste of how the clash would go, compare both men freestyling on Sway.

All the activity around Chocolate Droppa in the last few months suggests that Kevin Hart is serious about taking the Droppa project to the next level, or at least about keeping his brand as versatile as possible.

Hart signed an album deal with Motown and released his first full mixtape with the label to go with the release of his What Now movie.

Over the last week he has been releasing videos through Vevo explaining the origins of his rap persona.

Does Papoose really want it with Chocolate Droppa?