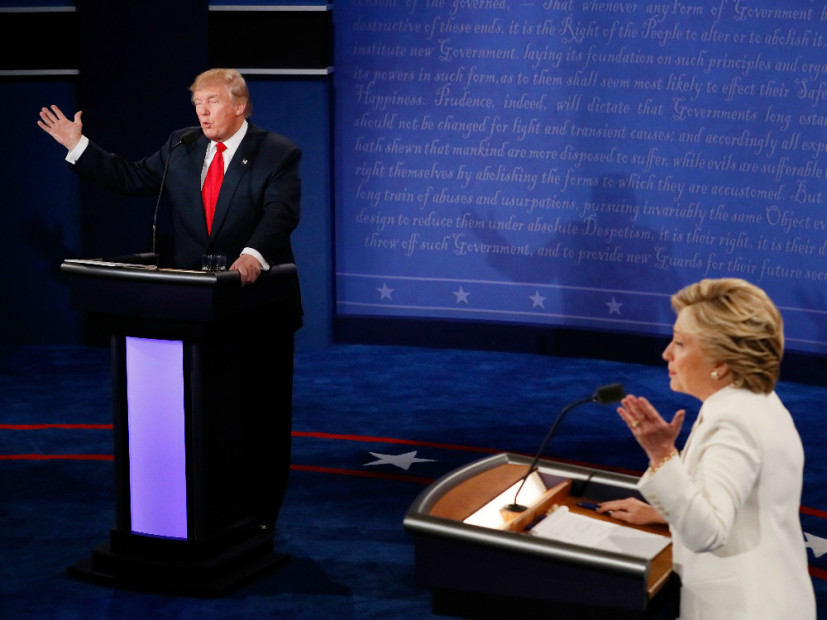 While seemingly fewer Hip Hop figures chimed in on this debate than past showdowns, several people shared their commentary on Twitter as the two candidates discussed immigration, abortion and the selection of the next Supreme Court Justice. Trump’s less-than-eloquent lines about getting rid of the “bad hombres” and calling his opponent a “nasty woman” were easy targets for social media fodder.

With Election Day (November 8) around the corner, the candidates are in the final stretch to win votes.

Check out the internet reactions to the third and final presidential debate below.

"Nobody has more respect for women than I do" — but aren't you trying to tell women what to do with their bodies? ? #UNotAGentleman #Debate

Are you a bad hombre or a nasty woman? #Debate

"Nobody respects women more than me." —Donald Trump earlier tonight

Did Trump just call Hillary "such a nasty woman?" I bet Billy Bush egged him on to say that. #debatenight

It's a brain that thinks "say she's such a nasty woman" and also thinks, "lean into the mic for it."

"I hear she got that nasty woman's disease" pic.twitter.com/8Chhlnw5tw

This Debate is fear mongering Bullshit