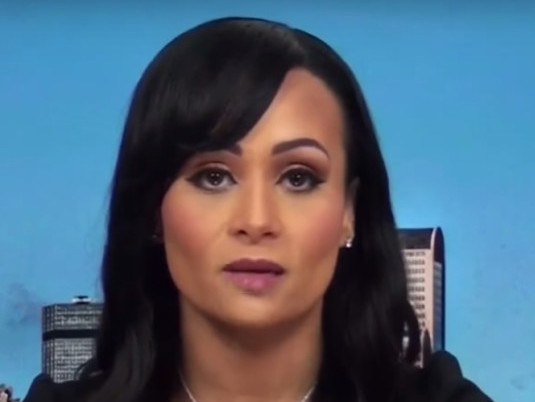 Ignorance was clearly bliss during a recent CNN interview with National Spokesperson for the Donald Trump Campaign Katrina Pierson. Host Carol Costello had to cut the conversation short when Pierson refused to acknowledge Trump’s culpability for his lewd comments about women, which were from a 2005 conversation with Billy Bush that recently leaked. Instead, she says, “This rape culture is purported by none other than the entertainment industry, none other than Hip Hop music, which you can hear on local radio stations.” Costello quickly assessed Pierson was simply “deflecting to excuse Mr. Trump’s comments.”

Trump has used the excuse that his comments were just “locker room talk,” when he said he would grab a woman by the “pussy.” Costello’s other guest, lawyer and political strategist Angela Rye, said that the more than 4,000 lawsuits filed against Trump prove that the leaked tape was more than just chit-chat. Many of those lawsuits came from women he worked with in the past, and included accusations of sexual harassment and discrimination.

To blame Hip Hop music, however, put a glowing spotlight on exactly how much Pierson is out of touch with reality. As Costello pointed out, while it is part of a larger conversation and “the way sexual assault is portrayed in some Hollywood movies is wrong, that doesn’t make what Mr. Trump said right,” putting an abrupt stop to Pierson’s erroneous comments.