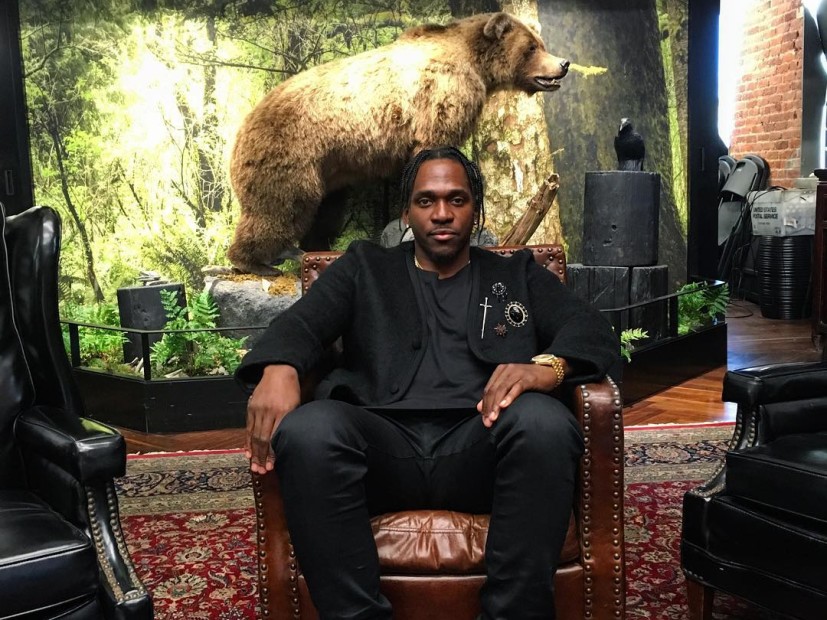 Washington, D.C. – Pusha T maintains his support of presidential candidate Hillary Clinton and is encouraging his fans to sign up to vote (if you haven’t already) for a chance to meet the G.O.O.D. Music president himself.

Upon signing up, entrants will be in the running to meet King Push backstage with airfare and hotel covered for two.

Clinton tweeted out the opportunity, which came equipped with confused reactions from the internet.

Despite Pusha T and No Malice unquestionably being a part of the “super predators” Hillary referred to in her now-infamous 1996 speech, he’s no longer the neighborhood dope boy cooking up crack out the VA, so I guess this makes it okay. People change.

Pusha, born Terrence Thornton, hasn’t been shy about his support for Hill. In fact, he once rocked a pro-Clinton “Delete Your Account” tee, which is a reference to Hillary’s Donald Trump diss on Twitter and tweeted out an image from video chat he had with her.

“I’m sure she was hip and briefed,” Pusha T said of their video chat in an interview with Business Insider. “But [the conversation] was simply about engaging, and being engaged, and making sure that I engage people to vote, and get my demographic to vote. Get people out to the polls, that was her main thing.”

Don’t forget to register to vote and get your chance to meet Pusha here (no matter who you’re with).

Check out some of the reactions confused Twitter users had when Hillary Clinton tweeted about the opportunity to meet Pusha T.

Guys I am SCREAMING.

.@HillaryClinton H is pushing Pusha T, which is a change from when Pusha T was pushing Hhttps://t.co/PlSBG3E4nd

.@HillaryClinton You know the T in Pusha T. Stands for Ton. As in Pusha Ton of that shit that make ya nose run *sniff*