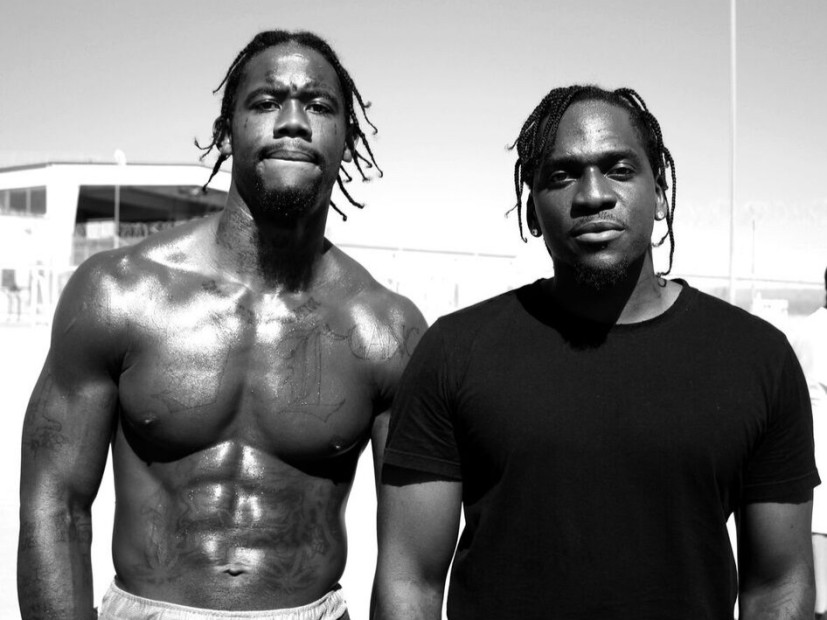 Imperial County, California – In an unprecedented live music event at Calipatria State Prison, Pusha T and former Fugees producer John Forte performed yesterday (September 18) as part of California’s statewide #SchoolsNotPrisons tour, marking the fourth stop on the historic arts and music excursion. The goal is advocate for more spending on education and health, including investments focused on the future success of inmates.

Beginning with a meeting with Warden Warren Montgomery and staff, the event was followed by a tour of the prison, a male-only correctional facility housing 3,841 people in Imperial County, California. The concert took place in the middle of the prison yard, and was attended by hundreds of inmates and prison staff.

“Putting an end to mass incarceration is important to me,” GRAMMY-nominated artist Pusha T said in a press release. “It’s something I’ve watched destroy a generation of my peers. I was able to go to Calipatria and see there was still inspiration and hope in the inmates, that was motivation for me to keep fighting for this cause.”

It’s of particular interest to Forte, who was one of 14 inmates pardoned by President George W. Bush in 2008 after being given a 14 year sentence for cocaine possession, intent to distribute, and conspiracy to distribute. Forte was arrested in 2000 at Newark International Airport after accepting a briefcase containing $1.4 million worth of cocaine. At the time of the pardon, he had already served seven years. Since his release, he has been working with at-risk youth to deter them from drugs and crime.

Not surprisingly, California state prisons incarcerate more than 128,000 people at a cost of over $11 billion a year. The 2016 #SchoolsNotPrisons concert tour is an attempt to put an end to frivolous spending and instead, put the money into educational and health programs. According to a 2014 Stanford study, about 45 percent of California state prisons inmates were treated for several mental illnesses, while 65 percent of people in American prisons and jails meet medical criteria for substance abuse and addiction. It was also determined, incarcerated people who participate in college courses are less likely to be arrested again and more likely to land a job after release.

In each community, the #SchoolsNotPrisons tour is backing local advocacy campaigns that are adamantly against the overuse of punishment and incarceration, including issues ranging from harsh school discipline and the high cost of youth prisons to the lack of services for the formerly incarcerated, and the impact of incarceration on families.

Pusha T and Forte’s performance at Calipatria State Prison was about investing in the health and education of incarcerated people, which is is crucial to their well-being and overall success after release.