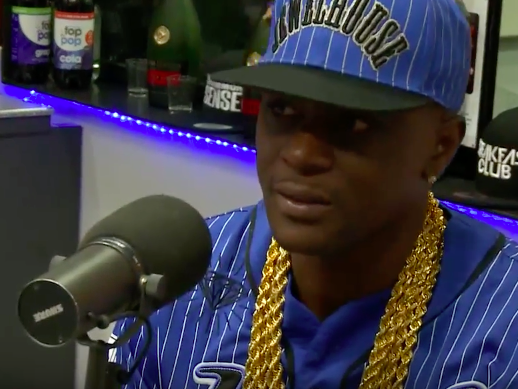 New York, NY – Boosie Badazz is getting ready to release a new track called “The Hate Song” that’s all about police brutality, he told The Breakfast Club crew on Power 105.1 on Monday (October 17).

The Baton Rouge native says he wrote the song a few days before his appearance on The Breakfast Club.

“It’s strictly about the police,” he says. “I was mad. It was right after I seen the thing and a lot of it I think I said a little too much. I’m talking about all kind of stuff that I want to happen to the police. I went overboard but that’s how I was feeling in the moment.”

Boosie isn’t new to rapping about police brutality. His 2014 song off The Return of Mr. Wipe Me Down, “Fuck The Police” is evidence of this, but this doesn’t mean that he doesn’t feel like there aren’t good police officers out there.

“Fuck The Police” is a song that became an anthem for protesters in Ferguson, Missouri after Mike Brown was shot dead by former Ferguson police officer Darren Wilson.

“I just don’t trust them because they’re a team,” he admits. “Just like me and my boys. We a team. If something happens with me and my boys, I’m taking up for my boys. This my family. That’s they family. It’s just like a gang. They’re gonna ride with their gang.”

Watch Boosie Badazz’s full interview with The Breakfast Club below.