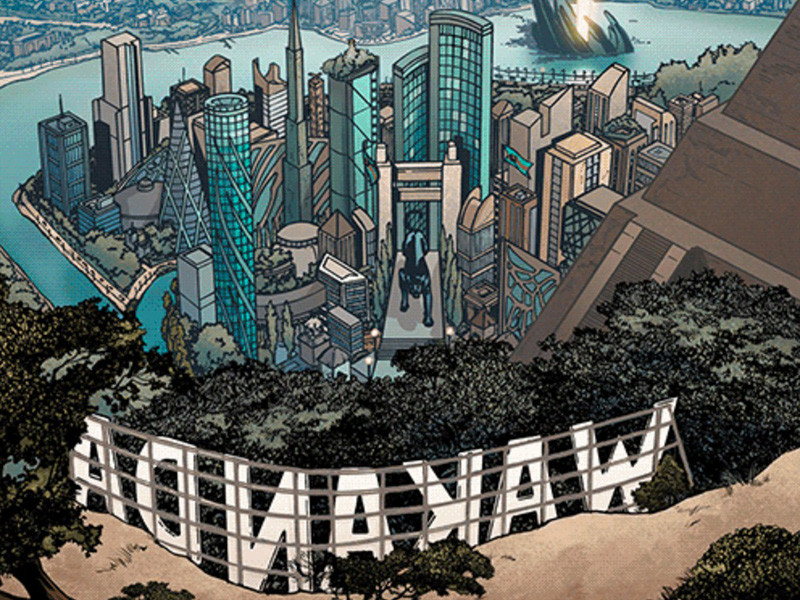 Does Marvel even make non-Hip Hop inspired covers anymore? In what has become a regular occurrence over the past few months, the comic book giant released another set of variant covers with heavy nods to Hip Hop album artwork.

The first issue of Black Panther: War Of Wakanda draws inspiration from the cover of Dr. Dre’s 2015 album Compton, replacing Los Angeles with a cityscape from Black Panther’s kingdom.

Also among the latest crop of Hip Hop-referencing covers is Spider-Man filling in for Nas on the Life Is Good cover with artwork by Sam Spratt.

EPMD’s 1997 comeback album Back In Business serves as the reference point for Iron Fists, while Missy Elliott’s Under Construction is updated for Adi Granov’s Invincible Iron Man cover, created with acrylic paint and oil pencils on a watercolor board.

Check out these gifs that switch between the comic cover and the album art that inspired it, via 2DopeBoyz, below.