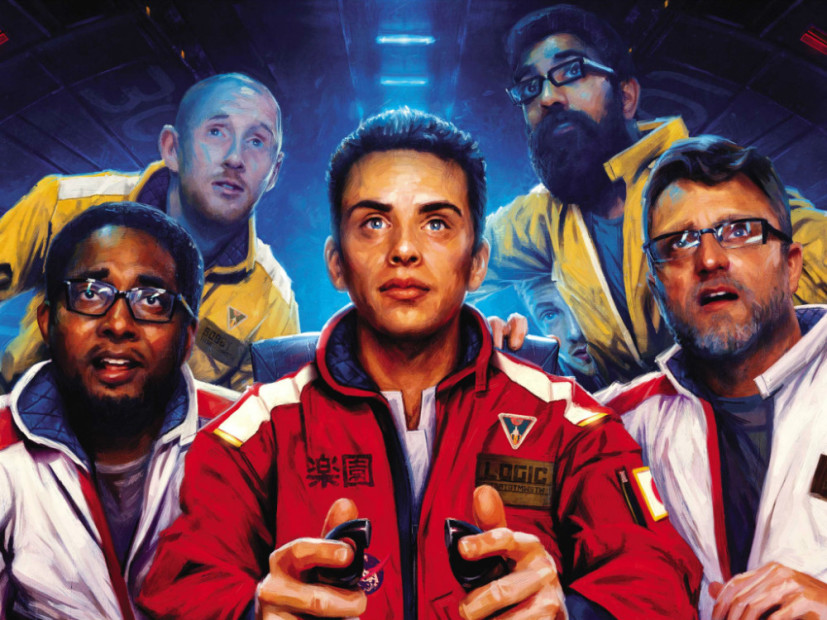 Logic’s The Incredible True Story is turned into a tribute to the U.S. Avengers designed by Omar Casanova & Wil Quintana.

Tech N9ne’s Collabos album, Sickology 101, is morphed into a Prowler cover with a variant of the Strange Music leader’s signature face paint replaced by Hobie Brown’s mask. The artwork is done by Ray-Anthony Height & Rob Schwager.

Pusha T’s eerie black and white Darkest Before Dawn: The Prelude cover is transformed into a tribute for The Unstoppable Wasp created by Nelson Blake II.

De La Soul’s iconic album, De La Soul is Dead, celebrates its 25th anniversary this year. It is given homage with a cover inspired by Unworthy Thor designed by Stonehouse.

Cypress Hill‘s debut self-titled album also saw its 25th anniversary this year, but it’s another LP that gets the Marvel treatment. IV is remade into a Ghost Rider comic designed by Felipe Smith.

Check out all the comics below with GIFs by 2 Dope Boyz.