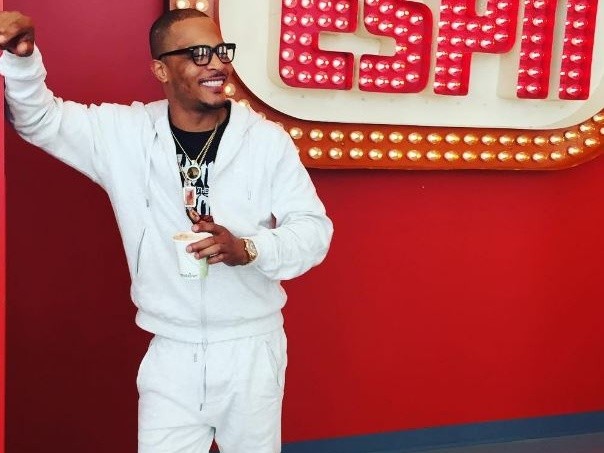 Atlanta rapper T.I. is continuing to lengthen his acting resume with news of his latest gig.

VH1 reports that the rapper will suit up to take on the role of high-profile lawyer Paul Anders on VH1’s The Breaks. Anders will serve as lawyer to one of the show’s main characters.

The VH1 series, which first aired on the network at the top of this year as a movie, follows a group of three friends who maneuver their way through both the world of Hip Hop and New York City in the ’90s.

Upon airing in January, the made-for-TV film, which was inspired by Dan Charnas’ book “The Big Payback,” was met with 2.6 million total viewers. It was picked up as a television show just weeks after airing.

Despite its viewership, The Breaks was met with criticism by the likes of MC Hammer and Irv Gotti.

“…I’m watching this watered down bullshit which is pissing me off cause they are not portraying Hip Hop Culture accurately!!,” Irv Gotti wrote in the caption to an Instagram photo of a map of Queens.

Watching this Breaks Shit on Vh1. 1st off I didn't like the commercials they was running playing the Bridge is Over and the part where KRS says Queens Keeps on Faking it!! So now when I'm watching this watered down bullshit which is pissing me off cause they are not portraying Hip Hop Culture accurately!! But they still making my Borough look soft. Let me tell y'all something. I'm from that Purple Part in the pic I posted. And listen. Ain't nothing weak or soft about QB. And not only that @Vh1. QB has produced more superstar Rappers in hip hop than any other borough or place in the world for that matter. Shit looks like someone who doesn't know shit about our culture made this shit. And usually I would have kept quiet. But after the commercial and me watching this bullshit shit on my Borough. I had to post something. And to all my Hip Hop Culture people out there. That wants to see REAL depiction of OUR CULTURE. Sit tight. I'm on my way!! And I'm not a hater. At all. None of that is in my DNA. I love to see niggas win. But your not gonna disrespect QB. #queensgetthemoney #murderinctvseries Making Hip Hop look fucking Lame man. #gotmepissed #visionaryideas #wecomingmotherfuckers

Most recently, T.I. starred in the History Channel miniseries Roots. Similar to The Breaks, Roots was also met with a hefty amount of criticism from the Hip Hop community.

The Southern rapper has also taken on roles in a handful of major films, including Ride Along 2 and Ant-Man. Additionally, the T.I. and family-centered reality show T.I. & Tiny: The Family Hustle currently airs on VH1.