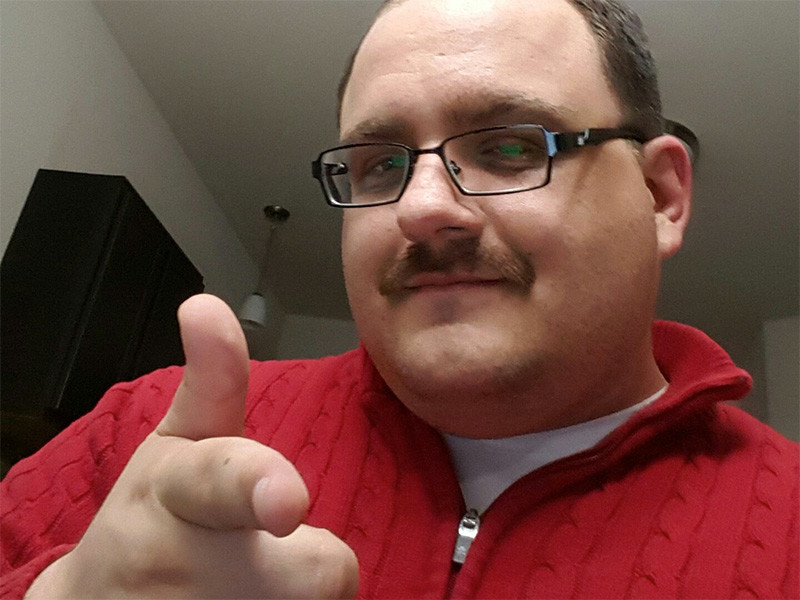 Forget Kanye for president, America is ready for the Dogg-Bone 2020 ticket.

Ken Bone, a man who has been catapulted into cyber-celebrity after asking a question at the second presidential debate, has been honored with an invitation to smoke weed with Snoop Dogg.

Writing to Bone on Twitter, the Long Beach legend said “Nice sweater @kenbone18. U should get it in blue. Come to the crib and smoke 1 with Tha Dogg.”

That’s right. The second presidential debate has ended with Snoop Dogg making a Crip joke and inviting one of the members of the audience to come smoke a J with him. Welcome to 2016.

Nice sweater @kenbone18. U should get it in blue. Come to the crib and smoke 1 wit Tha Dogg

Judging from his tweets, Ken has yet to respond to the generous offer — but we get the feeling that he’s the type of guy who’d accept such an invitation in private.

Snoop Dogg was far from the only person out there to be impressed with Ken Bone, who has since been featured as a talking head on several network news stations, including an appearance on Fox & Friends.

On a raunchier front, Bone was also offered big money by adult streaming site CamSoda to give the whole world a glimpse at the “Bone Zone.”

President of the company Daron Lundreen wrote to Bone publicly, extending “an offer for you to participate in a live show broadcast from our platform, CamSoda.com, to our millions of fans. The show can cater to your specificities but we were thinking you could take us all to the Bone Zone and tell/show us what you’re all about.”

Fortunately, it doesn’t sound like Ken Bone will have to do anything dirty on camera, so hopefully he won’t have to turn down the “$100,000 and provide you with 25 throw-away cameras to use at your disposal” that CamSoda have offered him.

Bone’s question to Donald Trump and Hillary Clinton was a relatively simple one — “What steps will your energy policy take to meet our energy needs while at the same time remaining environmentally friendly and minimising job layoffs?” — but the truly hopeful way he delivered it, coupled with his middle-America sweater and huggable Dad aura seemed to capture the imagination of the internet.

In the midst of an extremely contentious debate, the internet seized on this one moment of light in all of the cynicism.

Here he is bigging up his wife for the whole world to see like the boss he evidently is.

Here he is in 2013 telling Ariana Grande that she’s doing a great job and that she shouldn’t let the bastards get her down.

@ArianaGrande You're a great positive role model for young girls and a big time talent,never let some image maker or muck raker take that!

And here he is picking up Bill Clinton’s co-sign.