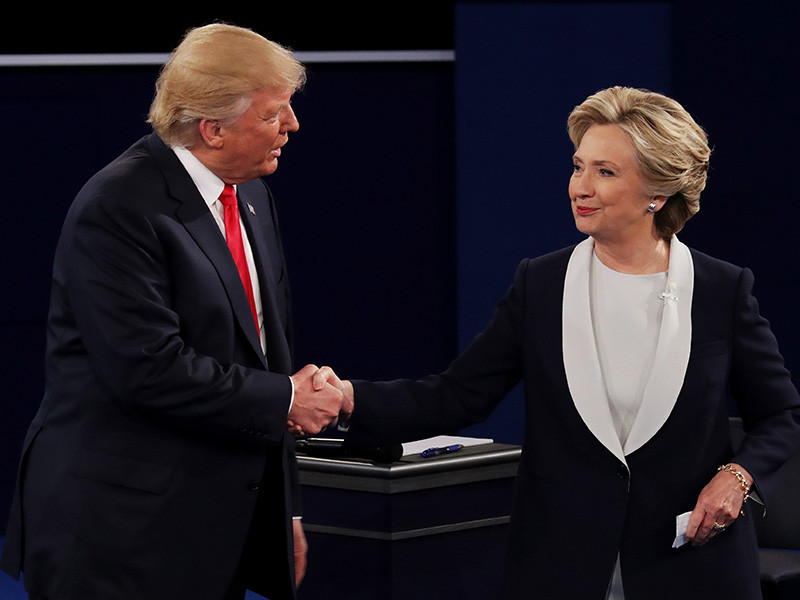 Here's How Hip Hop Reacted To The Second Presidential Debate

Sunday night’s second Presidential debate in St. Louis, Missouri came at the end of what felt like the longest week of campaigning yet.

A week that started with a partial leak of Donald Trump’s tax returns quickly tumbled into Republicans of all kinds abandoning their party’s nominee after footage emerged of him telling a reporter in 2005 that he could do what he wanted to women because he was “a star,” including the now infamous line that he could “grab them by the pussy.”

Hillary Clinton’s week wasn’t without chaos either as WikiLeaks appeared to finally publish the transcripts of her private speeches to big Wall Street firms, and seemingly showed her advocating that politicians have both a “public and a private position” on important issues.

Clinton also had to contend with Trump’s surprise decision to hold a press conference just hours before the debate alongside three women who have previously accused Bill Clinton of sexual assault (claims that haven’t been proven, nor prosecuted). Those women — Paula Jones, Juanita Broaddrick and Kathleen Willey — were then sat in the audience throughout the town hall debate.

Long story short, neither candidate came into last night’s debate looking good, but almost all polls would tell you that Trump needed a miraculous performance to turn the momentum back in his favor.

Here’s how some of Hip Hop’s leading voices reacted to the debate.

Is this a Presidential Debate or this Jerry springer meets judge Judy ????

the trick with debate night is to get just drunk enough to laugh but not break anything.

I graduated from High School in 1978. School debates were miles beyond this SIDE show the USA public is witnessing here on WORLD TV tonight

Dumb Donald Makes the Hillster Look good. She Shud send him a case of champagne when she wins……???

He actually tells the truth about our "conditions" BUT neither party does anything. Lose lose with these two

What self respecting woman would take a picture w/Trump?….#Debate2016 #SpinCity

Somebody paying this woman to say good things about trump #debate

trump is a category 5 human shitstorm. this press conference is unbelievable

Somehow #Trump ended on a classy note. The two even decided to shake hands on the way out. #debate